Woman believes she is a bishop

Psychologists are struggling to cope with a wave of "identification" crises. First we saw the case of Bruce Jenner, fathering six children and then deciding that he was really a woman and should be called Caitlin - although to be convinced that he was female we'd really need to see photos of him getting off the sofa and doing the washing up. 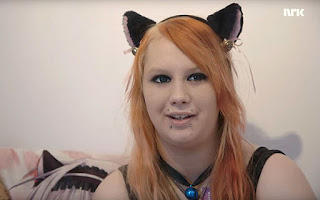 Next, we saw the Norwegian girl Nano, who said that she was really a cat trapped in a human's body. It is not known whether she lives on a diet of Whiskas and voles, but to be fair, she does claim to hunt mice at night, so maybe she really is a cat. Who are we to judge?

However, another case that has come to our attention strains the limits of credulity even further. 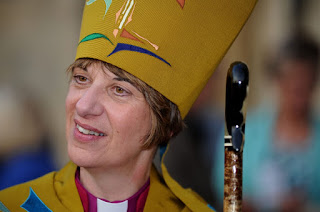 Rachel Treweek, a 50-something speech therapist, has taken to dressing as a bishop, even referring herself as a "Lord Spiritual" and "Bishop of Gloucester". The UK being a tolerant place, nobody has challenged her when she goes around wearing bishop-clothes, especially as she shows better taste than the American "bishop" Katharine Jefferts Schori.

The case of women self-identifying as bishops is uniquely a late-20th and early-21st century phenomenon. Tell the great theological giants of the 16th century - Luther, St Thomas More, Henry VIII, Cranmer - that a woman could be a bishop, and they would have laughed at you (or, in the case of Henry VIII, cut off your head). Tell Jesus Himself, and He would patiently have sat down and explained the priesthood to you, possibly driving out any demons of which you happened to be possessed. 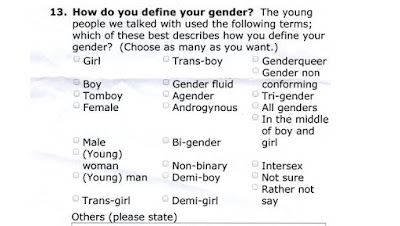 Candidates may attempt not more than three of these.

Ahead of the rest of the world as usual, Brighton school children are now asked to self-identify by gender/sex; so in addition to the perfectly normal male, female, tomboy, transylvanian, tri-gender, hidden agender, and twenty-odd further options, kids will now be able to choose tomcat, moggy, bishop, lord spiritual, and various other combinations. So please be sympathetic to poly-gendered feline bishops.