Synod to decide what 2+2 is

Following a violent disagreement in the Vatican about what exactly 2+2 adds up to, Pope Francis has decided to call an Extraordinary Synod to help define (or more probably, "develop") Catholic doctrine on the subject. 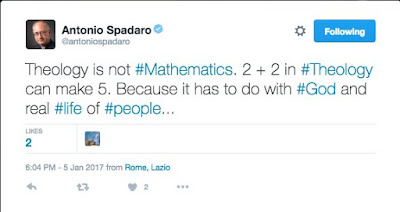 #Father #Spadaro makes #a #hash of his #arithmetic. Now, about that expenses claim, Father...

Of course, this is not a new question. The famous "Kasper proposal" was that 1+1+1 should equal 2, at least in the context of marriage, provided the numbers had been properly accompanied and allowed to discern that their consciences were really telling them to do whatever they pleased.

Four (or was it five?) cardinals, including Raymond Burke, have already entered the debate, proposing five or six dubia for the Pope to answer: 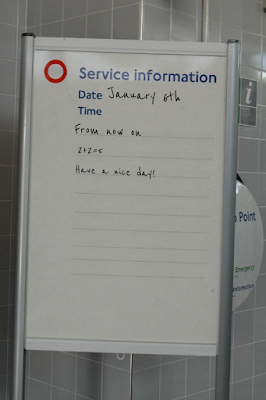 A subtle attempt to persuade the faithful of Westminster.

3. How many beans make five?

4. Antonio Spadaro can dig a pit in six hours, Blase Cupich takes twelve, and Joe Tobin takes eighteen. How long would it take them together to dig a pit large enough to bury them all? Can we try it? 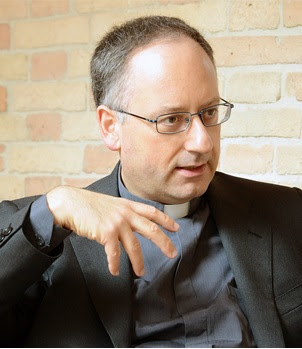 "How many fingers am I holding up? Yes, five."

Pope Francis has reacted furiously, and is said to be boiling with rage and questioning the mental health of anyone who asks for clarification about the new Catholic arithmetic. Having failed with his recent attempt to invade Malta in order to get his own back at Cardinal Burke obtain justice for the sacked health minister Albrecht von Lagerlout, the pope is seriously considering a nuclear strike on the USA, in the hope of annoying both Trump and Burke.

Meanwhile, here is the EcclespollTM prediction of the result of the Synod on 2+2. 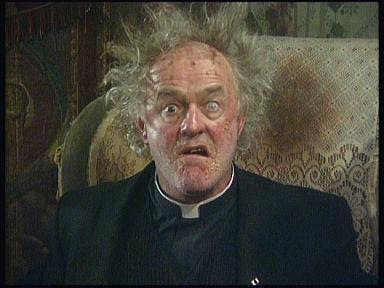 Probably the only reasonable reaction to Fr Spadaro.