The government has announced an enquiry into anti-religious extremism among tsars (or should that be "czars"?) These are people with no particular qualities - although often they seem to have had peerages thrown at them - appointed to look into matters of concern to the prime minister and her (or his) cronies. A traditional tsar - not radicalised.

Thus we had Alan Sugar (for American readers, think of Donald Trump, only without the charm and diplomatic skills) as Enterprise Tsar, Mary Portas (the "queen of shops") as High-street Tsar, and so on. However, many people are worried about the radicalisation and anti-religious extremism shown by Louise Casey, the Integration Tsar. 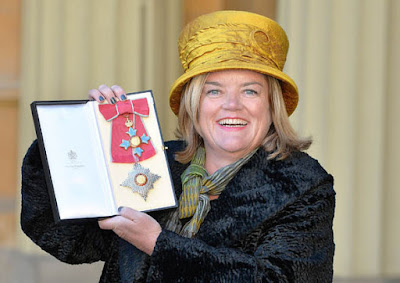 A modern tsar - is the chamber-pot on her head a symbol of radicalism?

Thus the government is expected to appoint a new Integration Tsar, whose job it will be to help the old one adapt to life in modern Britain, where a significant number of people are religious and do not want bossy time-servers telling them what they are allowed to believe.

For example, Tsarina Casey decided that (in her opinion) Catholic schools should not be allowed to teach that same-sex marriage is wrong - well, the party line is that it is not so much wrong, as impossible. Try telling Churchill, Thatcher or even Theresa May (a few years ago) that a man wanted to "marry" another man, and the jaw would drop, a "you're joking" would form on the lips, and - in the case of the first two - a strict memo would be issued asking that all nutters be henceforth sent packing by the doorman.

We don't have a lot of time for Mr Mohammed on this blog, but we understand that his views on same-sex "marriage" were similar to those of Christ's - only with added torture and mutilation. Well, we have to accept these different nuances in the interests of equality and diversity. 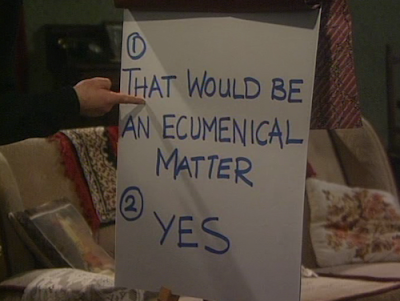 An all-purpose attempt to find common ground between religions.

The new Integration Tsarina will not be expected to wear a chamber-pot on her head, but she will be charged with investigating organizations that have a problem accepting Christian teaching. These may include the National Secular Society (approx. 5 members), the British Humanist Association (3 members, or 4 if you count the hamster), the Richard Dawkins Foundation for Ranting and Screaming (oh, at least 2), the Tony Flannery Support Group (1 member), the Friends of Tina Beattie (500 online members, of which 495 are traddy sockpuppets) and the Jesuits (far too many). We wish the new tsarina well. 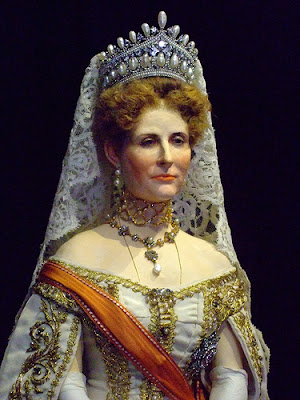