How the Grech stole Christ

Dr Seuss's book How the Grech stole Christ is a children's story that tells of a funny creature called "Bishop" Grech who attemps to put an end to Christianity in Malta by issuing threats against his most orthodox priests. 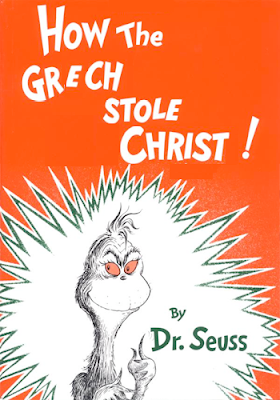 The cover of the book.

You may remember that the book starts with the following lyrics: 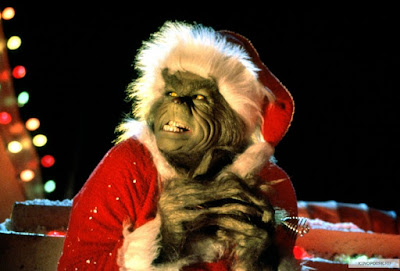 I'll suspend all my priests! See if I don't!

Anyway, the Grech starts removing all traces of Christian teaching from Malta, in cahoots with another funny creature called "Archbishop" Sick Loony.

Actually, this story is a bit racy for kids, for, as explained by the brilliant Madeleine Teahan, There are some things which are impossible to avoid: death, taxation, PPI phone calls, and – according to Malta's bishops – sex. Let's not go there...

P.S. This story has a happy ending, as in the end the Grech so impresses the pope that he is made a cardinal, and... hang on, that can't be right, can it?