Many Christians have welcomed the recent conversion of Donald of Tarsus, who recently "saw the light" on the Damascus March for Life. Not previously seen as a major religious figure, Donald is now expected to be a play a significant part in the development of the Church. 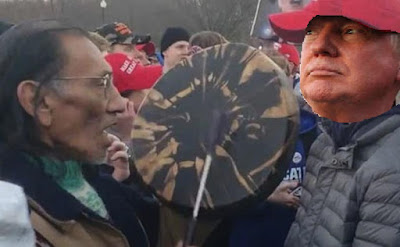 "I heard a mighty beating drum, and knew that it was evil."

We asked St Donald whether he would be expressing his teachings in a selection of epistles, which might later be collected for publication. Apparently, he tends to communicate in shorter theological documents called "tweets", and the plan is to number them and arrange them as verses. The first collection will be called the First Epistle to the Democratians.

Donald's previous life has of course not been irreproachable. There was a stoning incident, known as STEPHENGATE, in which he is said to have been involved - so much so that he was even impeached for this. Still, there is more joy in Heaven over one sinner that repenteth than in 99 Tablet readers who need no repentance, as someone once said.

A very senior churchman, St Philip, has welcomed Donald's participation in the March for Life, and this seems to be the officially correct attitude to take. However, Tina Beata, the Holy Land's expert on Human Flourishing, disagrees. 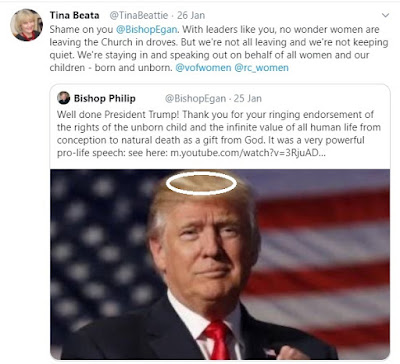 Oops! St Donald (also known as The President) made the mistake of not being female.