I is pleased to see dat my dere bruvver Bosco has passed a good nihgt despite bein concused by Grate-Anti Moly's lapptop. She aint takin de blame, of course. In fact she have found a blogg postin dat Bosco made in 1996 sayin dat Austrialans cant be saved because Jesus would be upside-down if he went dere. She is usin dis as eviddence dat he atacked her first. Still, de finggers of supsicion are bein pointed at her, and she may decide to go away soon, especially as she has drunk all our gin.

Bosco sure was restless overnihgt as he kept talkin in his sleep. "I is a grate sinner," he said. "I confesses. It was me wot did 9/11 single-handed. I also stole all de gold in Fort Nkox and replaced it wiv chocolate wrapped in gold foil. I set fire to Rowwan Williams's beard. I filled Eccles's boots wiv treackle. I pinched Damain Thopmson's touppee when he came to visit. I covetted my neihgbour's servin-girl, except dat she slapped my face and said 'Stop covettin me, you pig'. Mea culppa, mea maximma culppa (dat's Lattin, it means 'It's a fair cop, I dunnit all rihgt, officer', and Cathlics says dat a lot). I got demons tormentin my sole, and I reppents."

I dont believe most of dem confesions of Bosco's although it is true dat my boots is a bit sticky, and dis creature what I thought was Bosco's pet hamster reely aint very lively. Here she is. 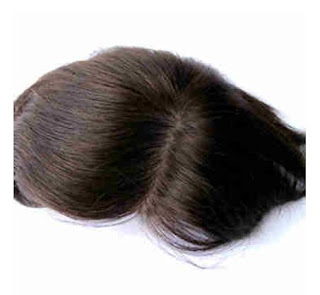 Grate-Anti Moly has gone out now, she says dat Bosco is drivin her mad wiv his confesions, and still dey go on. He says he is repsonsible for the Irish Potatto Fammine cos he got hunggry and ate all de potattoes. He is worried dat de police is gonna find out dat he is reely Jack de Ripper. Now he says dat it was him wot burnt de cakes and not King Alfred. Also he murderred Hamlet's father, and pinned de blame on Claudeus.

All rihgt Bosco darlin bruvver I will nuss you back to health, so dat you can go back to writtin your blogg and bein saved. Also Father Eel de Nutters of de Cathlic Emrggency Confesion Task Force have said dat you can stop confesin now, just say 200 Heil Marrys and you is forgivven. Den you can go back to bein a sinner as usaul.

Well I doesnt want to disturb Bosco in his fraggile state of health, but we has to be on de alertt for iddolatry, and here is somefink dat I saw on de TV, it was probbaly a religgious program. He's an uggly lookin saint aint he? 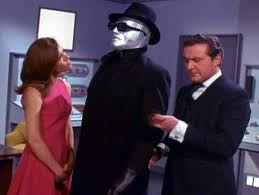