The Guardian newspaper has a circulation of approximately 200,000: this suggests that approximately 0.5-1% of the British population could be suffering from Guardophilia.

A logo used to attract Guardophiles. But are they dangerous?

Far from being the loathsome monsters as which they are normally portrayed, it has recently been suggested that Guardophiles are ordinary members of society, who simply need our moral support. It is true that you would not wish vulnerable people to be exposed to the Guardian, with its relentless diet of indecent and immoral articles, but there is little evidence that Guardian readers themselves are a serious danger to society. 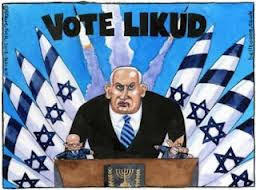 A dodgy cartoon by Julius Streicher of the Guardian.

In these days of moral relativism, some say that the Guardian provides a valuable public service in giving ordinary people a vision of Hell, a place where the damned slave over their computers, churning out socialist propaganda on a daily basis.

Protection agencies are divided in their opinions as to whether exposure to the shocking material in the Guardian (for example, an atheist rant by Polly Toynbee) can cause permanent psychological damage. It is the view of Alan Rusbridger that many people survive the Guardian without too much emotional scarring, and that they are afterwards able to lead almost-normal lives.

We can help keep people safe, Rusbridger argues, "by allowing Guardophiles to be ordinary members of society, with moral standards like everyone else," and by "respecting and valuing those Guardophiles who choose self-restraint." Only then will adults tempted to read revolting newspapers be able to be honest about their desires, and find support from the ordinary Telegraph-reading public.