Bible to be published as a magazine 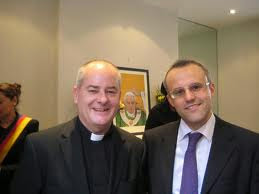 Following the lead of the Catholic Herald, it has been decided that from now on the Bible will be published in magazine format, rather than as a newspaper. A problem was recognised on that historic day when Christ rose from the dead, and the news came too late for our publication deadline. It's true that our website carried the news, but the regular Bible readership complained that they had to wait 50 years before they were able to read a full report in St Matthew's Gospel. 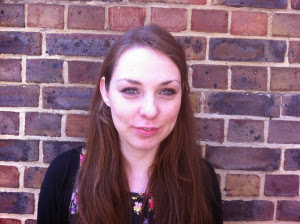 St Mary Madeleine Teahan: her eye-witness account of the Resurrection was delayed.

So from now on we are moving to a "magazine" format. We shall still carry news items - for example, we were first to break the news of St Peter's escape from prison - but from now on readers will see more Epistles (if we recruit St Paul Priest to the writing team, we are confident that we shall have no shortage of those). We also encourage informed speculation on religious matters, and so we have sent our special correspondent St John Zuhlsdorf off to Patmos, from which we expect some interesting Revelations in due course. 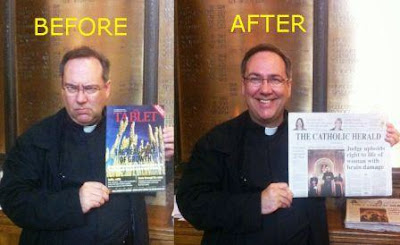 Other religious papers have changed their format in recent years. It is true that the Tablet, originally edited by Moses, rather lost its way when it stopped being printed on stone, and is said to be no longer interested in God's commandments. Still, its recent Should Christians worship a Golden Calf? poll was very popular, and is said to have influenced many Catholic bishops in England and Wales. 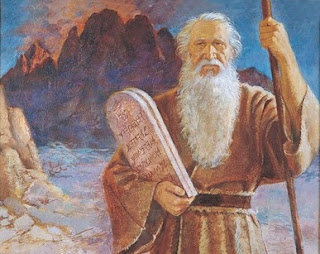 Moses: not satisfied with the direction the Tablet has taken.