Most of my readers have never been pope, and probably only one or two ever will be, so you don't realise how difficult the job of a pope is. You probably think that it just involves sitting around in Rome eating pasta, going to Mass, and occasionally saying something about Catholic doctrine. And the latter ought to be easy enough, as just about every issue under the sun has been discussed by previous popes, so you don't have to say anything original, although you can of course rephrase things in your own words. On no account try to change any of the doctrine - only a complete fool would do that, eh? 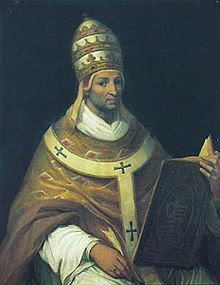 However, popes do occasionally get accused of heresy. Let's look at the case of Pope John XXII, who has been in the news a lot lately, as he was accused of heresy. It all began when an old warlock called Kasperus Insanus persuaded him to hold a General Synod on the subject of Death.

The burning question of the early 14th century was whether those who died in the faith saw the presence of God before the Last Judgement. The traddies said "yes, of course", and the liberals "no". After a heated synod, the pope produced an Apostolic Exhortation A Morte Laetitia ("Happiness from Death"), which ignored the decisions of the synod and expressed his own view ("no") although it was subtly buried in a footnote that could be interpreted in several different ways. 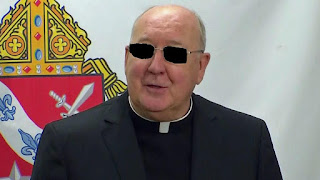 Cardinal Caffara said that only a blind person could fail to find A Morte Laetitia confusing.

Of course, there were cardinals who did not like the idea that Church doctrine was being fudged, so they issued some dubia - questions to the pope along the lines of "Did you really mean to say that?" - "Would you like to try again with that one?" - and "Are you out of your mind?"

For many years the pope refused to answer these questions, responding only in insults and threats. He had many allies, for, on realising that the wise and good had refused to come to his A Morte Laetitia party, he followed the advice of Matthew 22, and went out into the streets and invited the weak, the feeble-minded and the crazy, instead. And he made them all cardinals. 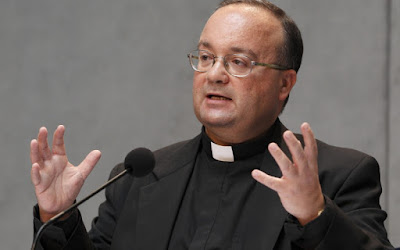 And some particularly foolish bishops in Malta, hoping that they too might become cardinals, rushed to teach the new doctrine; indeed they went further and said that everyone who felt at peace with God was saved - no matter what sins they had committed or intended to commit in future.

In addition, the pope relied on his servants Spadaro the Wormtongue, Austen the Catholic Vicious, and Rosica the Blockhead to insult those who questioned his heresy, to accuse them of dissent, and of course to fawn over him and lick his boots. However, the war was not one-sided. Learned scribes with Latin names such as Mundabor, Rorate Caeli, and Vox Cantoris waded into the attack. They were joined by an army of canon lawyers and even ordinary Catholics who asked "Well? When do we get to see the presence of God?"

Of course, in the end, the pope backed down and admitted that he was wrong on the issue of admission of the saved to the Divine Presence. 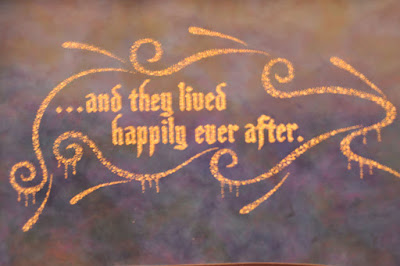 However, I still have to tell you why we should have warm feelings towards Pope John XXII. All right, he was arrogant, bad-tempered, fond of insulting the Curia, priests, deacons, parish secretaries, and even ordinary faithful Catholics. His discussion of coprophagy would make a nun blush. Still, he is said to have written the prayer Anima Christi, which is said on many occasions, and can even be used as a hymn if you get fed up with "Bind us together" and "Our God reigns" and want something intelligent instead. It begins:

So three cheers for the pope!
Posted by Eccles at 17:25