My Anti Moly has had an important birfday. I aint supposed to say which one it is, but she got tellegrams from the Queen, de Govenror-Generall, Dame Edna Everage, Rolf Harrass, and Shane Worn, dat aint bad since de only one on de list wot knows her is Rolf. De tellegram from Cradinal Pell must have got lost in de post. 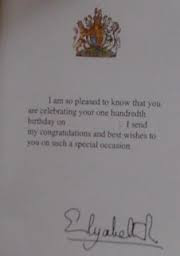 De Queen forgot to fill in de date, I expect she was too busy.

"Eccles, we is goin out for a cellebratoin, and I is gonna show you de best Austrialan ciusine," said my dere Anti. So she booked us a table at de leadin Pottymouth restaurant, "Maisson Boomerang," so called because your food usaully comes back again a few hours later.

Anti Moly had a luvly twelve-course meal of kangaroo suop, fried oppossum, wallabby stew, roast wombat, koalla bear pie, emu curry, haddock, crockodile, giant barracuda and many other dellicacies washed down wiv gallons of gin. For me she chose de "bush ticker" optoin, of live witchetty grubbs, spiders, weevils, mouse tales, etc. washed down wiv staggnant water fresh from de billaboing. She spoils me, she really does, and it makes up for de dog food and bons dat she gave me when I first got here.

Den we sang tradditoinal Austrialan songs, like "Waltzin MacKillop," "Tie me sockpuppets down, sport," and "De Cradinal wot loved me" (dat's a new one I didn't know) until dey frew us out into de street.

After dis grate feast we is both feelin a little ill, I cant fink why.