Monsignor Basil Foltus, who in 1962 was a high-flying priest in his late forties, played an important role in persuading the Second Vatican Council to throw away the Church's ancient traditions. He reflects modestly on some of the reforms he instigated. 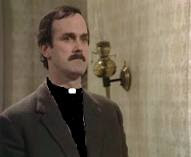 Basil Foltus as a young priest

Which way should the priest face at Mass?

The answer to this question was obvious to me. When I ride on an omnibus, I don't want the driver to turn his back on me, in order to see where he's going, I want him to turn round and talk to me. "Monsignor Foltus, how kind of you to grace our humble omnibus with your presence! Where do you want me to take you?" he should say. In the same way, the priest should turn round, face the congregation, and ask them, "Where do you want me to take you?" 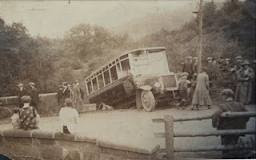 Or to put it another way, should a church be more like an omnibus, or a theatre? Do we go to church because we want to follow the priest towards God, or because we want him to entertain us?

One casus belli at the 2nd Vatican Council was which lingua franca we should adopt for masses de futuro. We had an in camera debate on this, and I saw that it was ipso facto necessary to lead the Catholic faithful into terra incognita. You may well say "De minimis non curat lex," but whoever heard of the plebs speaking Latin? After all, cui bono?, as I pointed out. This made me a persona non grata in some circles - I remember saying "Et, tu, Brute?" to the Pope himself - but "Carpe diem" is my motto, and muttering "Excelsior!" to myself, I went on to make a prima facie case for abolishing Latin, using a powerful reductio ad absurdum argument ad nauseam, namely, "Vox Populi, Vox Dei." Having won the debate, my only thoughts were "Labor omnia vincit." Well, "Veni, vidi, vici," and we may finally say, "Quod erat demonstrandum!" 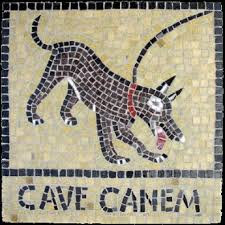 We never sing "Cave canem" at Masses in my church

Significantly, Vatican II was an opportunity to give the liturgy a good shake-up. When people come to Confession with me, I no longer ask them to say five Hail Marys as a penance - no, they are told to sing "Shine, Jesus Shine" five times. They don't come back, I can tell you!

Giving a lead to the church

Although, nominally, the leader of the Catholic Church is now a young chap operating under the alias of Benedict XVI, I still see it as my role to direct the faithful away from the sort of fuddy-duddy traditionalism that might have appealed to my father's generation - people such as Augustine and Aquinas, that is. Vatican II was the New Pentecost - the time that the Holy Spirit settled on Basil Foltus and inspired him to lead the Church into pastures new. 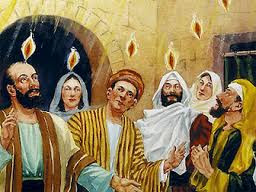 The author (in striped dressing-gown) witnesses the New Pentecost

I am a strong believer in free speech, and you may have heard of my threats of legal action against Fr Michael Clifton and Fr Ray Blake - dreadful traditionalists clinging to outmoded beliefs. I simply wanted them to have their say, of course, and I thought that a court of law might be the best place for it. But, in general, the Catholic Church appreciates all that I have done for it, and I still receive tokens of esteem from grateful worshippers. 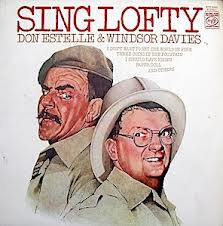 A gift from an anonymous admirer