A training course for new popes

Scene: the Vatican. Pope Francis is addressing a few selected younger cardinals. All the usual suspects are there: Schönbörn, Cupich, Farrell, Tagle, Marx, etc., but, surprisingly not Sarah, Burke or Pell. Francis speaks.

Welcome to the training course for new popes. Of course I fully expect to carry on for another 15 years, until I have totally rewritten the Ten Commandments and the Sermon on the Mount; however, accidents will happen, and I may have to retire to Avignon instead. Alternatively, Burke says that if he can find four doctors, he will have me sectioned.

So it seems best to prepare my likely successor (chosen from a list prepared by Cardinal Murphy-O'Connor of the St Gallen Mafia) so that he can hit the ground running and my legacy can be passed on to future generations. When I took over from Pope Benedict, I was given no training at all, because he considered that I was the least likely person to be elected (well, after Kasper); thus he refused to explain the job to me. Which may explain why my pontificate has been totally unlike any other. 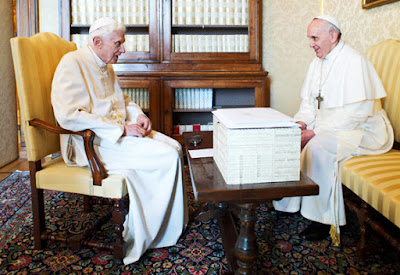 "Perhaps you can give me a few tips, while we have our picnic?"

By the way, don't worry about Fr Spadaro, who you will see sitting in the corner making "Vroom, vroom" noises. He knows that I speak much more fluently when I am on an aeroplane, so he is trying to recreate the atmosphere for me.

Now, when you get up in the morning, it is always recommended to recite a little mantra to motivate yourself for the day's work. Some of the old-fashioned popes used to say things such as "Thy Will be done", but we've moved on since then and my favourite one is "I'm the pope, and I don't have to give reasons for any of my decisions." Sometimes I vary this by shouting "Exterminate! Exterminate! 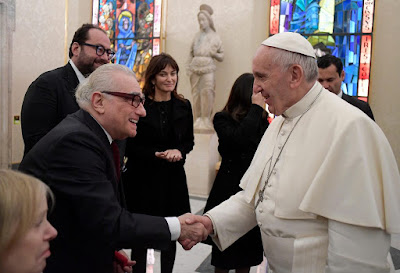 Yes, my movie's called "The Last Temptation of Pope Francis".

Now, you will probably be daunted by all the Catholic teaching that has accumulated over the last few thousand years. The Bible, the deliberations of various Synods and Councils, encyclicals from previous popes, the Catechism of the Church... how can I possibly keep up with all this, you ask.

It's not necessary. As long as you regard my own humble offerings, such as Laudato Si', and (of course) Amoris Laetitia, as Holy Writ, then the rest can be binned.

Still, you don't want to be caught out too easily, so here is a copy of the Jesuit Guide to Obfuscation, or How to say "It's a nice day today" in such a way that nobody knows whether it's sunny or stormy. The only time you need to be completely clear about what you're saying is when you insult people - and apparently there are still 1 or 2 Catholics out there that I haven't yet got round to defaming. 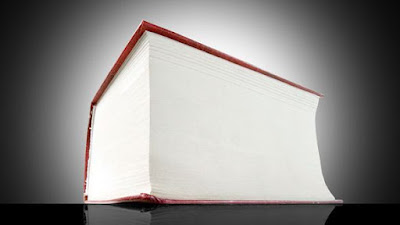 The new edition of the Pope Francis book of insults (now with "rigidity" and "coprophilia") is invaluable.

Now, I want you to split up into small groups and discuss ways of making Cardinal Burke's life a misery. We'll assemble again in half an hour and try out some of the best suggestions.