A Damian Thompson special. Already Austen Ivereigh and Robert Mickens are rushing to Blofeld's defence, so it must be good.

Ernst Stavro Blofeld SJ is a priest living in New York, who has cornered the market in heresy and world domination. As editor-at-large of the SPECTRE magazine, he is the most famous Jesuit in the United States; probably the most popular, too. And also the most disliked. Hated, even. 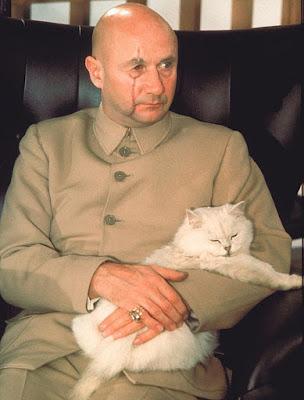 Fr Blofeld, author of The Jesuit Guide to World Domination.

What is there to dislike about this scrupulously polite Jesuit? Compared with the activist Fr Goldfinger ("You expect me to talk? No, Cardinal Bond, I expect you to die.") he is not particularly liberal. Yet, in middle age Fr Blofeld has moved to the left, and embraces the fashionable consensus on almost every issue that alienates conservative Catholics.

Although he does not have a good head of hair, I know that Fr Blofeld is fond of custard and the music of Gladys Mills, so... I'm sorry, I thought I was still writing for the Telegraph. This is the Catholic Herald, isn't it? Start again. 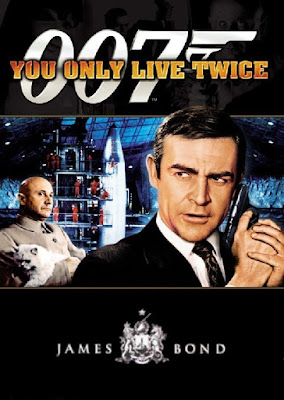 "You only live twice" - a typical heretical teaching from Fr Blofeld.

Blofeld's sex life (I thought that would get you reading again) is a mystery to all. When he joined the Jesuits he was asked whether he was a virgin and said no. However, he has not been known to sleep with members of either sex, although he has expressed himself anxious to build bridges with the LGBT community (this is an obscure Jesuit expression, and nobody would explain to us what it means).

The truth is that Fr Blofeld is, like many of us, a victim of the culture wars. His obsession with world domination has caused him to ally with the destructive side in every Catholic debate, alienating himself from Catholics who honestly disagree with his political opinions. This is not the true nature of Ignatian spirituality, which rarely concerns itself with firing nuclear missiles, destroying satellites, or holding the world to ransom. 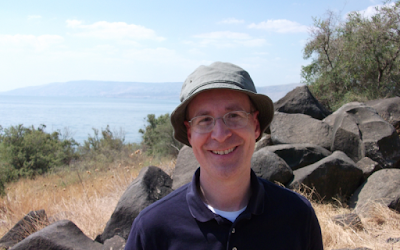 "The name's Martin. James Martin." (You're getting confused, Damian.)

If the engaging Fr Blofeld really cannot see the problem, then perhaps he should be learning, rather than teaching, fearless methods of self-examination.