Today's entry for the Eccles Bad Hymn Award is Follow me, by Michael Cockett, another totally inappropriate hymn that has found itself into the Kevin Mayhew book of Vogon poetry Hymns for Hippies.

E: Michael Cockett, good to see you. Did you have a good journey here?

MC: Not entirely, Eccles, I had this uncanny feeling that someone was following me.

E: Never mind, I'm sure there's a rational explanation. Now in your hymn you seem to have copied and pasted huge swathes of Jesus's words, without worrying too much about the context.

MC: We've had a few complaints about that, Eccles. Lots of people have been going out to buy fishing-nets and boats just so that they could leave them upon the shore.

E: Yes, and then your friends removed them and sold them at car boot sales, eh? 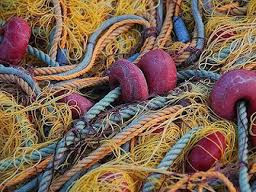 For sale, to a good home

E: Now one thing you make people sing is The foxes have their holes and the swallows have their nests. Very true, I'm sure, but is it really the sort of thing that should be put into a hymn?

MC: But Jesus said it, so it must be worth singing! And it's organic!

E: So would you also sing Ye brood of vipers, who hath shewed you to flee from the wrath to come?

MC: Great idea, Eccles. How about: You are vipers, you are vipers, You did not dance unto the pipers? Matthew 11 and 12, you see. 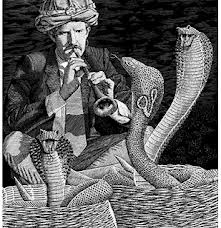 A priest having trouble with his congregation

MC: So, am I in contention for the Eccles Bad Hymn Award?