Today's entry for the Eccles Bad Hymn Award is God's spirit is in my heart, by Alan Dale, which is also known as The two shirts song. As usual, we invited the author along to explain himself.

Eccles: A most interesting hymn, Alan, and I see that you managed to get it set to one of the most peculiar hymn tunes in common usage. It starts off as a minor-key Russian love song as best sung by a basso profundo, and it ends up as a music-hall waltz, something like "Down by the old Bull and Bush, bush, bush!"

AD: Yes, indeed. We do get many people singing "The news that God's Kingdom has come, come, come!"

And lastly, Ladies and Gentlemen, for your own delight, a final chorus of the two shirts song!

E: Still, in these interviews we are more concerned with the lyrics. Are you sure, for example, that God's Kingdom has come already? Don't we have a little-known prayer which says "Thy Kingdom Come," as though it were something we needed to pray for?

AD: Er, well of course most of the words are based on Jesus's own instructions to his disciples.

E: But should those words really be sung in a different context?

AD: I suppose you mean the bit about "you don't need two shirts on your back?"

E: Yes, I've heard of several people catching pneumonia by assuming that the climate in Britain was the same as in the Holy Land. 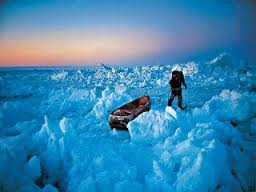 This man is wearing too many shirts

AD: Well, we now print the hymn with a warning that we bear no liability if people misinterpret the words.

E: Yes, "tell prisoners that they are prisoners no more," is another example. 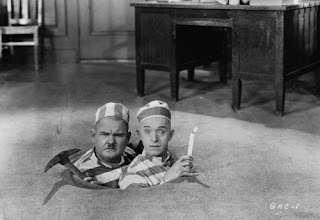 Maybe prisoners for a bit longer?

AD: Apparently, we've had some complaints about that too. And I told a blind person that he could see, and he promptly got up and walked into a statue of St Kevin of Mayhew.

E: Well, thank you very much, Alan. That's it really. Fancy joining me for a drink down at the Old Plymouth Hoe?