The Book of St Richard, Chapter 6

1. And it came to pass that Richard, having passed his fiftieth year, decided to take unto himself a third wife.

2. For he said unto himself, "My genes cry out most woefully, 'Richard, it is not good for thee to be alone. Thou hast not changed thy socks for two years, and thy shirts lack buttons.'"

3. And many fair and virtuous women queued up outside Richard's house, saying, "Let us mingle our genes with thine, O mighty zoologist, thou who knowest the secrets of the blind watchmaker, and the deaf piano-tuner, yeah and even the completely mad lecturer."

4. For Richard had long since put aside the days of his youth, when he wrote mainly of chickens. 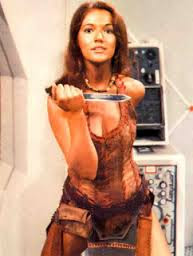 Shall I kill him now, Doctor?

5. And there came unto him a fair maiden, whose name was Leela, and she said, "O Richard, take me as thy wife, that I may stab thine enemies to death."

6. But Richard was looking for someone a little more intellectual. For his days of violence were still far in the future. 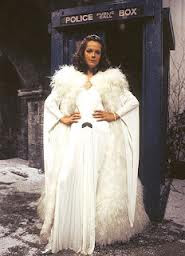 Probably too brainy for Dr Dawkins

7. And then another fair maiden, named Romana, threw herself before Richard. But he trampled her underfoot and went on his way. 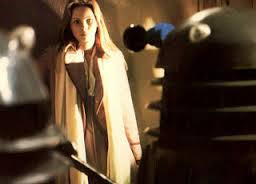 8. Finally, there came to him a lady from Gallifrey, one endowed with the finest of genes. And they were wed.

9. Then Richard finally achieved greatness, for he was appointed to the position of Simonyi Professor for the Public Understanding of Science at Oxford. And his enemies joked, saying "Simony, eh? Did he pay for his preferment?"

10. But the answer was No, it was just that this Simonyi was a man with far more money than sense.

11. Anyway, the people said, "At last, after 25 years in which he spake unto us of chickens and genes, Richard will finally help us understand all of science."

11. So they asked him many difficult questions about science, such as "Which came first, the chicken or the egg?" and "Why did the chicken cross the road?"

12. And Richard said to himself, "Alas, they do not yet realise that I am an expert on all areas of science, and I know the ways of the Higgs Boson, the Benzene Ring and the Last Theorem of Fermat. Yeah, and chickens too, of course."

13. "But first I shall fire off a blizzard of pot-boilers, since frankly it is quite expensive being married to a lady from Gallifrey who keeps wanting to go home and see her mother; for even the abundant wealth of Mr Simonyi cannot pay the fares".

14. Meanwhile, further recognition came to Richard, in the form of many honorary degrees, from places as widespread as the Cyberman University of Mondas, the Dalek College of Skaro, and the University of Sontar. 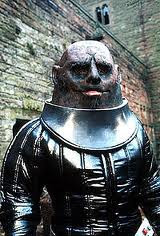 Richard Dawkins in the academic dress of the University of Sontar

15. But as the new millennium arrived, the life of Richard reached a turning point; for he began to lose his last remaining grasp on reality. As we shall now see.