The Book of St Richard, Chapter 7

1. And it came to pass that Richard went on a journey to Damascus, there to receive yet another honorary degree; for many people had said to him, "Surely, you cannot be Syria's?" and he was determined to prove them wrong.

This man cannot be Syria's.

2. And, as he drew near to Damascus, a light from heaven shone round about him. And falling on the ground, he heard a voice saying to him: Richard, Richard, why persecutest thou me?

3. And Richard spake unto the Lord saying, "My opinions come from my genes, and I may not control them."

4. And the Lord spake unto Richard, saying, But consider, O foolish man, that those whose opinions come from their jeans are often using the wrong organ to think with, and are thus known as 'dick heads.'

5. But Richard understood not the words of the Lord, and vowed to persecute Him even more in future. 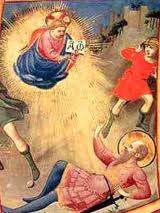 Have you read My new book, Richard?

6. And so Richard began to think about writing an Epistle to the Delusions, wherein he might explain that he himself was the only god worthy of worship.

7. Meanwhile, there came an attack, known as 9/11, wherein many were killed.

8. And Richard said unto himself, "This is a perfect opportunity for me to tell the world that all organized religion preaches violence.

9. For is not the Pope preparing to kill us all with botulinus toxin? Do not the Baptists bite the heads off ferrets? Do not the Quakers regularly throw hand grenades through the windows of orphanages? And is not the Dalai Lama building a nuclear bomb?" 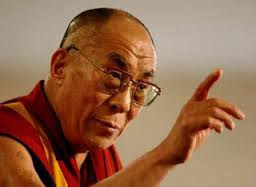 One false move and I press the red button. Then we'll all go up together!

10. And Richard explained to the world that all it needed was secularism, and everyone would live in peace and harmony, as they already did in China and North Korea.

11. Meanwhile, in Oxford, Richard continued to serve as a fellow of New College, and Professor for Public Understanding of Science.

12. And Simonyi spake unto him, saying, "Shall I change the title of thy chair to Professor for the Bashing of Religion?" But in the end this did not come to pass.

13. And in the sixth year of the new millennium there came to pass two events that changed the world; and we shall speak of them in more detail in the next chapter.

15. And Richard said, "Let it not be said that the Christians and the Muslims have better vestments than us. It is good that the ministers of our church shall also wear special garments." 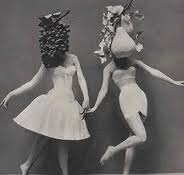