Saint of the Week 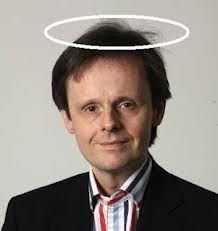 A member of the order of St Custard, St Damian is another medieval saint about whom many astounding legends have grown up.

Damian is believed to have come from humble stock, his ancestors having been ferret-farmers near Reading. Damian himself was a learned man, and was sent to Oxenford to study for a degree in HHT (History, Hairdressing and Theology), the most prestigious degree offered at that time. 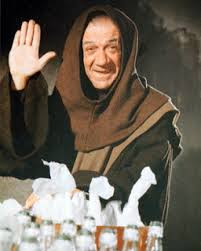 In those days Damian was something of a lady's man, breaking the hearts of many virtuous maidens who came his way. However, he resolved to devote himself to God, and in particular the maintenance of traditional Catholic values. 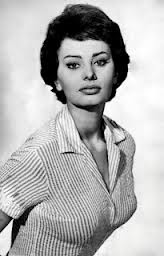 Cristina Odone - after meeting Damian she devoted her life to good works.

At that time the Council of Trent was meeting, and Damian - a traditionalist who adhered to the Sarum Rite - was anxious to fight its modernist tendencies with all the powers at his disposal. Indeed, his polemics brought him to the attention of Cardinal Murphy, who attempted unsuccessfully to procure his excommunication.

In his later years, Damian took a less active part in church politics, although he maintained a pious and virtuous life; his contemporaries noted that he was a master of the German art of Schadenfreude, and that his enemies were invariably cast down. For example, the miraculous downfall of Christopher the Hun is generally attributed to the intervention of St Damian. 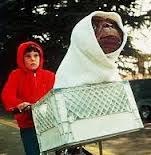 Conclusive proof that Christopher the Hun was not driving his chariot.

Damian's final years were spent in madness. Each week he sent out a deranged letter to his disciples, written in green ink, in which he discussed random topics such as cummerbunds, hairdressers and custard, but nobody could bear to read them. He eventually succumbed to a surfeit of cupcakes.

Prayer to St Damian: O blessed St Damian, who saved the Church in its hour of peril, intercede for us, that we may be blessed with a good head of hair, that we may avoid unseemly fatness, and that we may avoid all forms of addiction. Help us to write, as thou didst write, even when we have nothing to say. Amen.