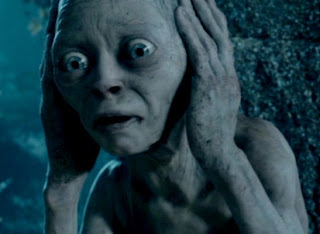 The world is shocked to learn that Giles Fraser has resigned from his position as comedy columnist on the Church Times. The reasons for his resignation are not entirely clear, but it seems that his onerous duties in the Chair of St Palmer, combined with the additional strain of writing for the Guardian and working for the BBC, have proved too much for the holy father. His 39 articles, to which all Anglican priests are supposed to subscribe (although they can also download them for nothing) have taken a severe toll on his energies. Perhaps he will now have more time for other duties, maybe even some of a parochial nature. 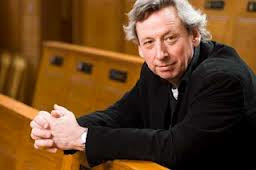 There will be a formal conclave to elect a successor to Giles Fraser, but the hot favourite is surely Jolly George Pitcher of St Bride's, Fleet Street, who writes the prestigious Georgie Pitcher - there's no-one richer column for Viz magazine. Like Father Giles, Jolly George can be guaranteed to concentrate on left-wing issues without pushing too much religion down people's throats. 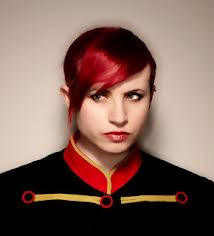 Another candidate has already thrown her hat into the ring, namely, Laurie Penny of that famous unread magazine The New Statesman (average subscription 27). With views almost identical to those of Giles Fraser, except perhaps that she possesses a certain spirituality which Giles does not, she could easily take over his job. 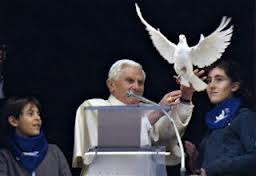 Pope Benedict XVI demonstrates a conjuring trick with a dove.

Finally, in a spirit of ecumenism, a surprise candidate has emerged. Pope Benedict XVI, a leading Catholic, has resigned his position in Rome and expressed interest in Giles Fraser's job. "It will give me a stepping-stone into show business," he is thought to have said.