One of the problems about debating with atheists is that they don't seem to know what's in the Bible, and which bits are the most important. 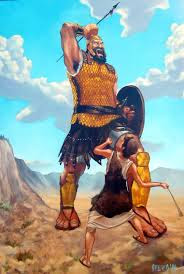 Goliath - the tallest man in the Bible, but only the 709th most important.

Let us create an imaginary atheist called Richard. He reads the Book of Genesis, and spots a legend about a talking snake. "Aha!" he says. "The Bible consists of nothing but fairy stories."

Or perhaps he opens the Bible at the psalms, and spots that these are poetical, and could be sung. "Aha! The Bible consists of nothing but songs!" But then he tries to sing the immortal words Ozias begat Joatham; and Joatham begat Achaz; and Achaz begat Ezekias; and Ezekias begat Manasses; and Manasses begat Amon; and Amon begat Josias. What a bore! (Actually, you CAN sing those words, to the tune of "Dem Bones.") 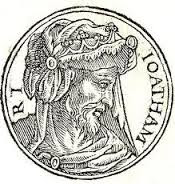 Joatham - known mostly for his begetting.

Somewhere along the way, atheists get very excited and start talking about "bronze-age goatherds." Nobody knows why, but it is clearly a killer argument, the point being that in the bronze age people weren't as bright as those of us in the silicon age. Having computers and mobile phones made entirely of bronze, our herding ancestors didn't get round to inventing the internet, DNA, and lasagne, so they consoled themselves by inventing philosophy and theology instead. Losers, eh? 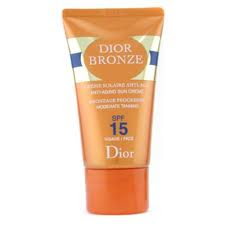 The New Testament is a big stumbling-block to atheists, whose main conclusions are: 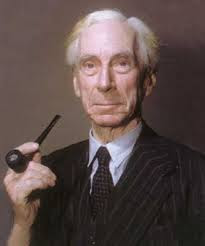 Look, dear atheists, I am not mocking you. When I was a child I thought like a child (we'll come back to this later). I would go into a classroom at school, and be handed a frog. What should I do with it? 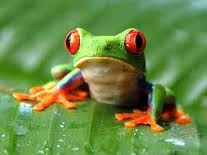 Thus, we announce the start of the Eccles Bible Project, which little-by-little will take each book of the Bible in turn and explain it in simple terms. This will require me to do some reading too, especially when we get onto chaps like Habakkuk, who don't really deserve a whole book to themselves.