King Enda the Great, leader of the Fine Galilee party, today expelled four of his members for opposing the new Massacre of the Innocents law, which would "protect life" by slaughtering all babies up to the age of two years old. 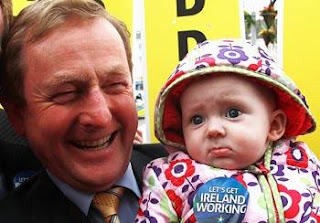 As "Enda Life" explained, "There is no room in my party for people who, for sentimental or religious reasons, refuse to go along with my life-saving 'kill kill kill' policy. In fact, the religious argument is completely bogus, since the Chief Priest, Diar-muid Mar-tin, refuses to excommunicate me - as everyone knows, I am considered to be a devout and pious member of the Church."

Meanwhile, in Wales, a law of "presumed consent" has been passed, stating that anyone found to be dead - or nearly dead - may be recycled for spare parts. This is likely to be extended to cover people who sit still for too long, or fall asleep in a public place, as they may also be presumed dead. 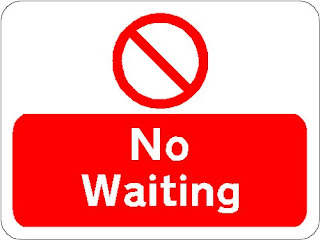 No waiting. It's really not a good idea. Keep moving. There's a doctor watching.

It is thought that the idea may pass to Scotland, where Messrs Burke and Hare, who run a flourishing "spare parts" business in Edinburgh, have expressed enthusiastic support for the Welsh legislation.

Finally, in Texas, a group of pro-abortion activists has been seen crying "Hail Satan!" This will be seen as a very positive step by many U.S. Catholics, such as Joe Biden and Nancy Pelosi, showing as it does that, despite minor differences of religious doctrine, it is still possible for Catholics and Satanists to reach agreement on a number of important issues, such as the excellence of abortion! It's a great day for ecumenism! 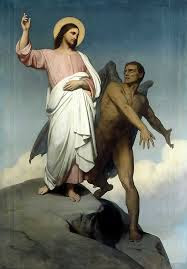 The time for religious conflict such as this is over!