Exclusive interview with the Russian Patriarch

Following his historic meeting with Pope Francis, Patriarch Kirill of Moscow has agreed to give an equally historic interview to this blog. 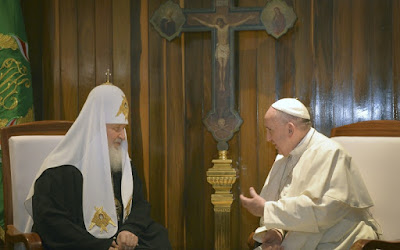 "And for spiritual nourishment you can't do better than reading Eccles's blog."

E: Good to see see you, Kirill. I gather you had a very successful meeting with Pope Francis.

K: Yes, we found that we had so much in common. For example, the Catholic Church is under pressure from liberals who want to introduce "gay masses", and so are we in the Russian Orthodox Church. There's this appalling Archbishop called Vinkentii Nikolskii, in the Diocese of West Minsk. If he ever became Supreme Patriarch, we might as well remove the word "Orthodox" from our title.

E: I gather that some of your Orthodox liberals want to ordain Matriarchs?

K: You're probably thinking of Professor Kristina Beatii, Eccles. Her feminist notions are totally off the scale: her devotion to the Virgin Mary is very commendable, but she seems to have trouble with all the male characters in the Bible.

E: She writes for Tabla, doesn't she? 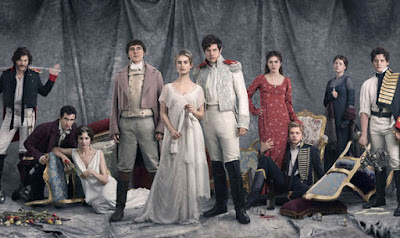 The Tabla staff after an acrimonious editorial meeting.

K: I won't have the rag in my house, Eccles. Under Katarina Pepinskaya it has become the paper for those who want to ferment rebellion and dissent.

E: It is good of you to speak so frankly, your patriarchship.

K: Well, the last interview I gave was to a 103-year-old atheist journalist called Scalfarii, who told me "Don't bother to say anything, Kyrill, I'm going to make it all up anyway." I expect you will do much better.

E: Well, I hope so, sir. It was actually quite difficult for me to get to see you, what with that burly man on the door screaming "You're blocked" at all-comers. Father Rositskii, was it? He said he worked for the Siberian "Salt Mines" conglomerate.

K: I believe he's some sort of actor. Didn't I see him in the new production of War and Peace? Just ignore him. 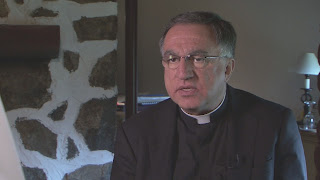 Napoleon, as seen in "War and Peace".