More letters to the Catholic Herald

For an eclectic mix of lunacy and wisdom, there are few sources like the Catholic Herald letters page, so here are some recent highlights.

Your idiot of a correspondent thinks that the bedlam in many Catholic churches before and after Mass can be justified because "God doesn't mind". So bad have things come that I was told off by a priest last week because my silent prayer was disturbing those who were trying to text, gossip, laugh and play games of darts. Apparently it was putting a damper on the occasion. 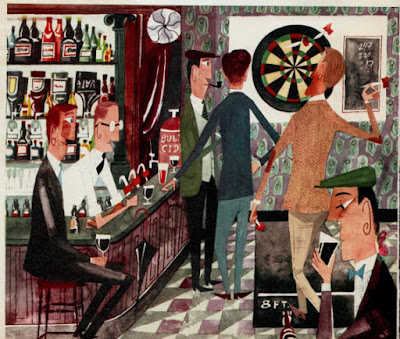 Those sacred minutes before Mass starts.

Indeed, I was warned that kneeling down and looking solemn was definitely a "holier-than-thou" attitude, not welcome in the Church of St Daryl the Apostate. Apparently, Fr Phil is making lots of exciting innovations, including a side-chapel where money-changers may operate, plus the opportunity to buy doves symbolizing the Spirit of Vatican II. I don't know about you, but this makes me feel vaguely uncomfortable.

Stands to reason, dunnit, guv? Ever since Pope Leo III crowned Charlemagne as Holy Roman Emperor in 800 A.D., and the new emperor used his powers to deal with the pressing problems of curved bananas and mislabelled prunes, it has been clear that pious Catholics must support ever-closer European union.

Over the years several good Catholics such as Napoléon Bonaparte and Adolf Hitler have tried to unify Europe, knowing that this was God's will. What's more, we should listen to the wise words of Pope Francis, which exhort us to believe in climate change, to give the Falkland Islands to Argentina, and to support the San Lorenzo football club. When popes make such statements it is a refreshing change from all the usual boring stuff about religion, and we should take their words seriously. 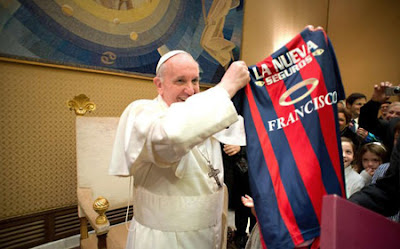 "Supporters of other teams cannot be saved" says the Pope.

Yes, make no mistake, people who oppose having their laws made by corrupt, overpaid and unelected bureaucrats in Brussels are DAMNED. What's more, the Catholic Bishops' Conference in Mordor Square agrees with me!

Every week Ronald Rolheiser's column is entitled "The last word", but unfortunately he's always back again the following week. And he writes such drivel...

The heart sinks (and what do Ron's hand gestures mean?)

And finally, a cheap shot from a Scots Nat.

Your correspondent writes, "In England we are preparing for a referendum on the EU." He didn't mention Scotland, and that proves that we nationalists won the independence vote. When we go to Heaven we shall feast on porridge and haggis, while praising God on the bagpipes. Och Aye! 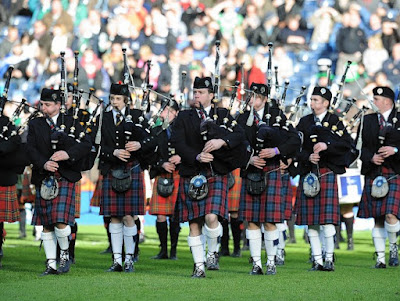 Praise the Lord upon the badly-tuned bagpipes!