Father Jack Hackett (or at least the actor Frank Kelly, who portrayed him) has died, and tributes are already flooding in.

Cardinal Ravasi, President of the Pontifical Council for Culture

When that good Catholic David Bowie passed away, I tweeted "Ground Control to Major Tom, Commencing countdown, engines on. Check ignition, and may God's love be with you." Now that an even more distinguished Catholic has gone to meet his Maker, all that the Pontifical Council for Culture has to say is "Feck! Girls! Arse! Drink!" 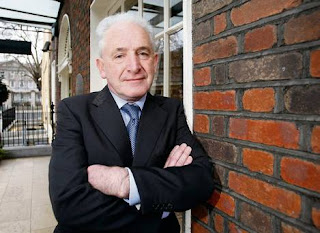 Many people have said that I bear a slight resemblance to Fr Jack Hackett, and certainly we share similar religious opinions, namely, "Feck Off, Pope!" Today has been a strange day, as people have come up to me and said "We thought you were dead, Father." I am happy to say that I am still alive and I WILL NOT BE SILENCED. But I miss Fr Jack's support for my annoy-the-Vatican campaign.

Bottoms. bottoms. bottoms! I've always had a great appreciation for bottoms, and so, I would say, has Fr Jack, to judge from his regular cries of "Arse!" Of course he was a Catholic, so as far as I am concerned he could feck off.

You don't like my comments? Well feck you! I'm not commenting on this blog ever again, and I'm going to leave this planet. Uranus looks nice. 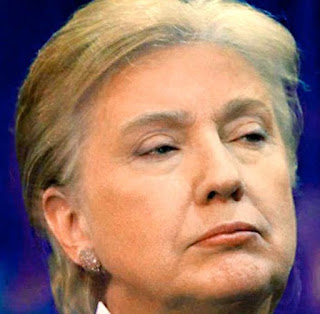 I would like to pay tribute to one of my closest friends, Father Jock Hoggett. At present I am too busy campaigning in order to make America great again, as otherwise I would be rushing over to Iceland to attend his funeral!

There was a time when Fr Jack Hackett and I were in strong contention for the job of Archbishop of Dublin. I won the contest by a whisker, and I think it is fair to say that my strong spiritual leadership has given Irish Catholicism the moral high ground and influence that it possesses this day. Fr Jack would have been unable to show the courage and decisiveness for which I am known. Maybe.

In my days at Telegraph blogs we had a little fun at the expense of Fr Jack. In reality he was a sober, polite and learned man, but we created for him the persona of a lecherous, foul-mouthed, drunk: many people were fooled by it. As a result the Irish Magic Circle of bishops was thwarted in its attempts to install Fr Jack as Archbishop of Dublin. 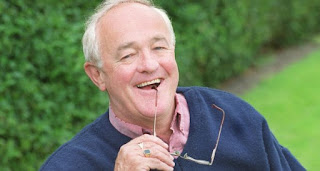 The true Fr Jack: author of a ground-breaking monograph on John Henry Newman.