1. And there arose a new king of EUgypt, who set taskmasters over the children of Britain, to afflict them.

2. But God heard the groaning of the children of Britain, and God remembered His covenant with their forefathers, made when EUgypt was simply a common market.

3. Thus there arose two leaders among the children of Britain, whose names were Bosis and Cam-aaron. 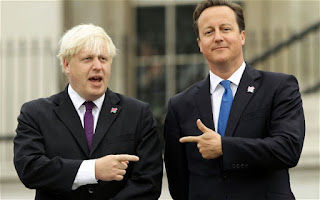 4. And Bosis spake, saying, let us leave EUgypt and go our own way. For Cripes! we want the right to obey our own Ten Commandments, rather than obeying the Ten Million Directives imposed by the Pharaoh, whose name is Juncker.

5. However, Camaaron disagreed, saying, I have spoken to the Pharaoh, and he hath promised us mighty concessions. Each day, between the second hour and five minutes after the second hour, our bondage will be lifted. Except when the day endeth in a Y.

6. And the people mocked Camaaron, saying, thou hast achieved nothing, for lo! the Pharaoh's servants Merkel and Hollande stand outside our tents, ready to flood them with aliens, such as the people of the Refugites, the Migranites, and even the Terrorites of Isis. And not a single good plumber among them. 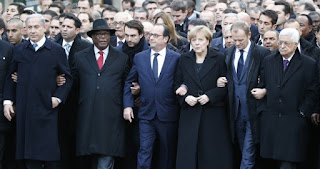 An army of Migranites seeking to invade.

7. And even Corbyn the Clown jeered at Camaaron, saying, what is wrong with slavery and bondage, anyway? I myself quite enjoy being bullied, humiliated, and laughed at, for that is why I became a party leader.

8. Then God smote EUgypt with a series of plagues.

9. For there came a plague of Farogs, which went to the houses, and the bedchambers, and even the drinking-troughs, crying "Brexit! Brexit!" 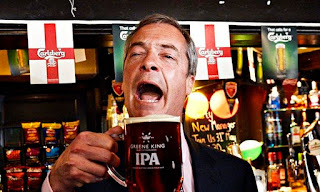 10. And Pharaoh came to Bosis, saying, Take away the Farogs, and I might even let thy people go.

11. But Camaaron spake, saying, I have obtained a wondrous deal, and I shall advise the people of Britain to stay in EUgypt, rather than go into the wilderness.

12. What's more, Bosis is a cad and a traitor unto me, and if we were still at Eton I would smite him behind the bike-sheds.