Pope Francis refuses to meet the Mayor of Whitby

Councillor Heather Coughlan, Mayor of Whitby, has reacted angrily to reports that Pope Francis will be meeting with Patriarch Kirill of Moscow, but has, as yet "no plans to visit Whitby". 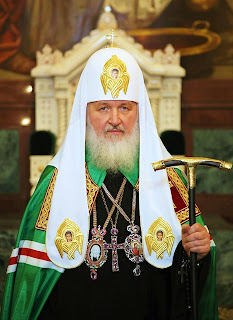 "What is it with Francis?" asked the mayor angrily. "He's happy to talk to Lutherans, Anglicans, Orthodox - even Catholics sometimes. But he refuses to consult Whitby town council when it comes to discussing an alternative date for Easter."

In fact, Pope Francis's negotiating position with Patriarch Kirill is more wide-ranging than this, being based on three demands (the fourth was considered to be "a step too far"):

Many of Whitby's most famous inhabitants, such as, er, Captain Cook and Dracula, are known to have favoured the current method for deciding the date of Easter; this was agreed at the Synod in A.D. 664 and has survived the changes brought on by the Reformation, Vatican II, etc. 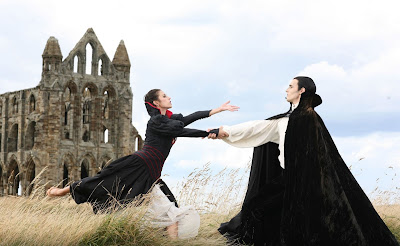 A tense moment at the Synod of Whitby.

If a new date for Easter is agreed now, then it is likely that Yorkshire will go it alone, sticking to the present means of calculating it. After all, what's one more schism between friends? It is thought that both John Sentamu (Anglican Archbishop of York) - who signs himself John Ebagum, using the Roman word for York - and Marcus Stock (Catholic Bishop of Leeds) are strongly supportive of the plan for a Yorkshire Easter.

As far as the Catholic Bishops Conference of England and Wales is concerned, they would like to move Good Friday to a Sunday (cf. Epiphany and Ascension), but have not yet worked out how this would fit in with all the other plans under discussion. For Prime Minister David Cameron the important thing is that Easter Sunday should become an even more important shopping opportunity, the exact date being unimportant. 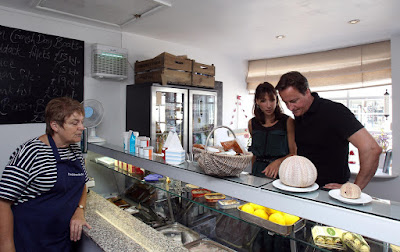 "Are you sure this is an Easter egg?"