Fr James Martin SJ is known for his gifts as a humorist, often seen in his uncanny ability to draw the wrong conclusions from the Gospel or indeed anything else he comes across. Of course, in Jesuit circles, this is regarded as theological brilliance, while the rest of us simply appreciate it as light comedy. 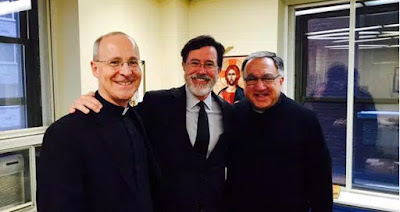 For those of us who hang onto his every word on Twitter, the following Martinism was a classic of the genre. 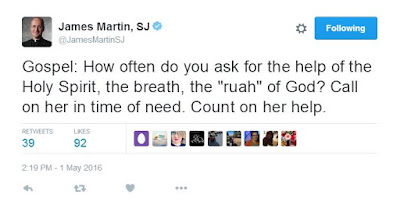 This is excellent humour. Nowhere in the Bible nor in Christian tradition is it ever claimed that the Holy Spirit is female. The Catechism of the Catholic Church uses "he". There is a weak argument based on the fact that certain Aramaic words (such as "ruah" or "ruach") are female - similarly, all German girls are neuter (it seems ungallant to point this out, Eccles, they don't all look like Angela Merkel) and cats are female, while French "personnes" are all female. 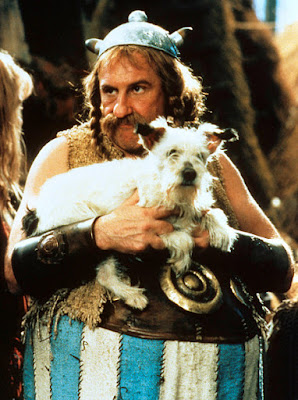 Fr James (or should we say "Parent James"?) has had a long and successful career as a comedian. Another of his classic japes was to use the picture below as an argument for women priests. You see, it's a 3rd century woman in what looks vaguely like a dalmatic, so she's obviously a deacon, so... 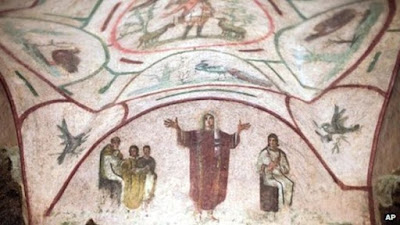 Lady in a dalmatic (or possibly Demis Roussos).

Therefore we are delighted to announce that Fr James Martin wins the April "Comedy Vicar" award, also known as a "Giles", being a tastefully-designed statuette of Giles Fraser. Congratulations, Father, er Parent, James!

For another take on this story, we recommend Faith In Our Families.