Vincent Nichols misses his own funeral

The funeral of Cardinal Vincent Nichols, who died last week at the age of 102, took place today at Westminster Cathedral. The Mass was celebrated by his holiness Pope Pius XIII, formerly Cardinal Mark Davies, who is himself a youthful 94 years old. 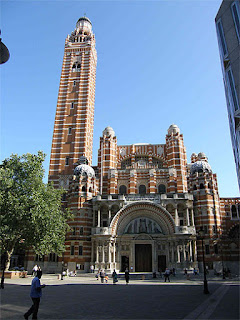 Westminster Cathedral (it hasn't changed much, has it?)

One unusual feature of the funeral was the absence of the deceased himself. As a spokesman explained, "After a lifetime of moving religious festivals from the correct day to the following Sunday in order that priests and bishops could attend midweek football matches, it seemed appropriate for Vincent Nichols to arrive at his own funeral on the following Sunday."

In fact, the controversial Synod of Whitstable in 2034 was supposed to have fixed the dates of religious festivals once and for all, so that, for example, Ascension Day should take place 40 days after Easter. However, this decision did not apply in England and Wales, where it was habitually moved to the following Sunday, irrespective of whenever the Pope himself thought it should be. 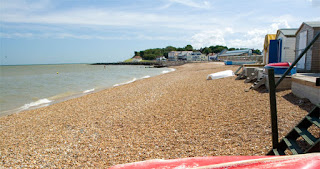 Trying to make the date of Whit(sun) stable.

When asked whether the absence of Vincent Nichols meant that his funeral "lacked something", a spokesman said, "It's the way he'd have wanted it. Whenever anyone called on Vin to take action, rather than merely make speeches, you could never get a response. We'll hardly notice the difference."

Meanwhile, Cardinal Cormac Murphy-O'Connor is 115, and already lobbying for the next pope.