Join the Big Brothers of the Rich!

I was fascinated to hear the news about the Little Sisters of the Poor, and their battle against President Obama's

"Abortercare" legislation. So I applied to join. However, my application was rejected on several counts:

Can you advise me, please? 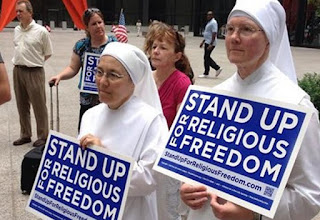 This is one of many letters I have received from oversized men who are interested in getting rich. Many of them don't worry too much about President Obama's total lack of a conscience, his bizarre fondness for killing babies, his weird idea that two people of the same sex - er, "gender" - can get married, or his eagerness to let the boys invade the girls' toilets. So perhaps the Little Sisters of the Poor is not for them.

Fortunately, we now have available a new religious order, the Big Brothers of the Rich. Standing for everything that the Little Sisters detest, their Abbot is no less than Mr Obama himself (Fr Joe Biden, winner of the Laetare medal from Notre Dame, is of course too devout a Catholic to be associated with the BBR, even though he has the same high moral standards as Abbot Obama). 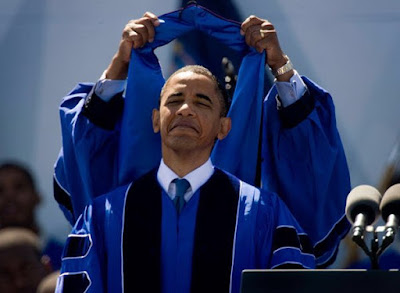 To sign up, all you need to do is take a vow of wealth, and swear allegiance to Big Brother. Thus, we believe that this fills a much-needed gap in the range of religious orders available. And don't worry, you won't be having any embarrassing encounters with the Little Sisters in the After-life. Members of the BBR will be going to quite a different destination!