The Book of Brexodus, Chapter 4

1. It came to pass in those days that the high priests and scribes spake out, telling the faithful whether to remain in the land of EUgypt.

2. First there came Welby, he that they called Cantuar, saying, "God doth not tell us how to vote," although some suspected that he himself was advising God to bless Cam-aaron rather than Bosis. 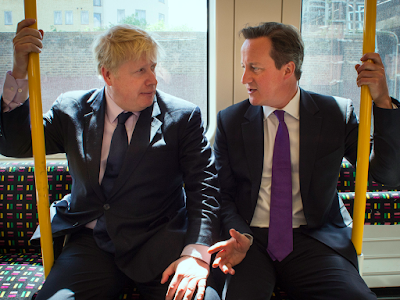 Bosis and Cam-aaron argue over their destination.

3. Next there came many holy bishops, such as Cormac the old Cardinal and Vincent the new Cardinal.

4. Unlike Welby, they had been told by God in a dream that they should remain in EUgypt.

5. Yet herein lies a mystery. For the high priests of the land held a meeting in the Halls of Hinsley, at which there were two vexing matters to be discussed.

6. The first was simple: for it was asked, "What shall we do about the shameful doctrines of Tina, she that they call the Beauty?"

7. And the high priests were as one on the matter, for they said "Let us sweep this under the carpet."

8. Thus they purchased a carpet, woven from the finest cloth, and they swept all reports of Tina underneath it. 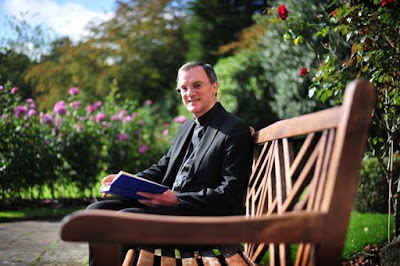 9. However, on the second matter, that of the flight from EUgypt, the holy bishops were unable to agree. For it seems that God had not vouchsafed unto them all the same dream.

10. So after agreeing to say nothing of these matters, the bishops went their various ways.

11. Some went to the house that is called public, where they consumed fine ales, some to sleep in the library underneath copies of the rag that is called Tablet, and some to indulge in more holy activities such as the reading of blogs.

12. Finally, there spake out a high priest of the temple of Welby, an aged man called Carey.

13. And lo! Carey said that he wished to flee the land of EUgypt, and that indeed he was voting for Brexodus.

14. Which is proof that even in the temple of Welby there are those to whom the Lord speaketh new words through the blogs of saved persons. 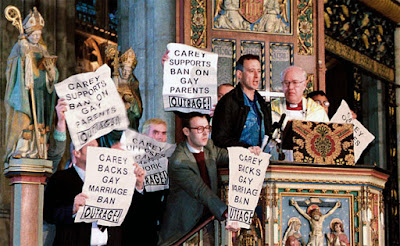 The martyrdom of George Carey.