The Confessions of St Kieran

The scene: Coventry, 1961. Young Kieran Conry, age 10, has been taken to confess his sins to Fr O'Connor. 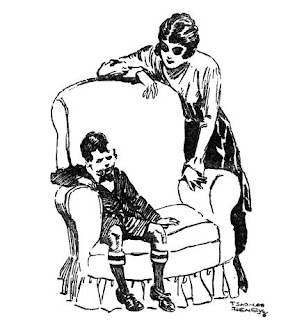 But I haven't committed any sins this week! Do I have to go to confession?

O'C: So, tell me what you've been doing, Kieran.

K (thinking furiously): Not much this week, Father. Well, I murdered my grandmother, burnt down my school, robbed a bank, and, er, made a golden calf and worshipped it. 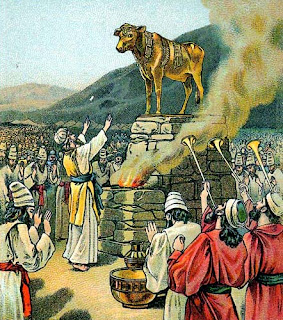 An everyday scene in Coventry.

O'C: Now, Kieran, these are made-up sins, aren't they? Your grandmother is sitting in the church at the moment, and I don't believe in any of the other sins you're claiming to have committed.

K: Well, I may have exaggerated slightly, Father. 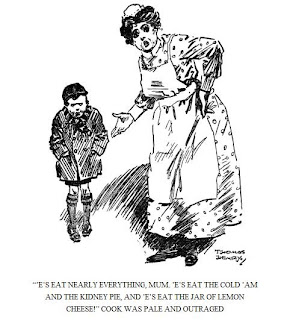 O'C: Well, let's think of some of the real sins you may have committed, my lad. Your teacher says that you keep talking in Latin lessons, and I noticed you in Mass, rolling your eyes and saying "Ugh! Why isn't this in English?"

K: I hate Latin, Father. Fr Basil Loftus says that we should throw it out, along with the Ten Commandments. He says that stone tablets are out and paper ones are in. 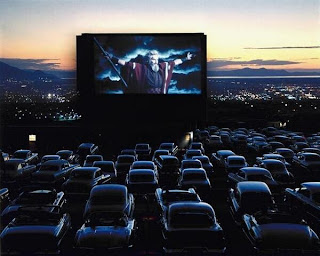 The Ten Commandments plays to an audience of empty cars.

O'C: You don't want to listen to an enfant terrible like Fr Loftus, Kieran. When he gets older he'll become much wiser. Er, maybe.

O'C: No you cannot. Wasn't it you who wrote "THE POPE'S A SILLY BILLY" on the school bike-sheds? Also, your mother says you've been making some very dodgy friends. What's this CRACPOT club that you've joined?

K: Calling Rebels to Action Contrary to the Pope, Orthodoxy and Tradition? Just a gang of outlaws, Father. We like to question everything the Vatican tells us. You know Tina Elizabeth Bottie's only six, but she says she's going to be a priest when she grows up. 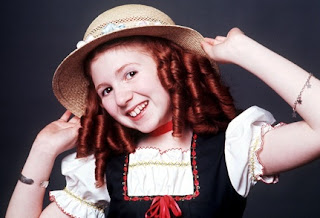 O'C: Well, drop these dodgy friends at once, Kieran, or I won't be able to grant you absolution. 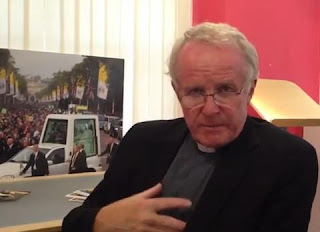