Praying to become an Olympic event

With the news that the 2020 Olympic Games are to be held in Tokyo, it has also been announced that Praying is to become an Olympic event. Prayer is encouraged by religious leaders of all persuasions, and it is only natural that it should now become competitive as it was in the days of Elijah and the prophets of Baal. 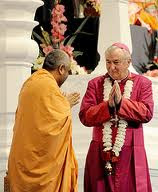 A tense moment in the England v India pray-offs.

The rules of the sport are very simple: competitors may pray to any Deity or other Being, alive or dead, and not necessarily of their own nationality (otherwise, God being an Englishman, an unfair advantage would be had by English prayers). Even prayers to the Spirit of Vatican II are allowed. The first competitor to obtain a miracle - as attested by the two umpires - wins the game. In the case of a disagreement, a third umpire will be available, provided with the latest digital miracle-evaluation equipment. 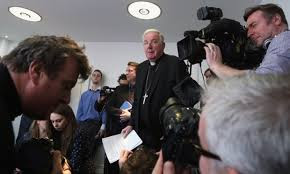 Two sportsmen are miraculously granted halos, but they slip slightly.

Auxiliary equipment is permitted: for example, Catholics have been using the latest in Rosary Technology and Muslims train on special mats. However, certain items, such as the relics of saints, are forbidden. For example, a Spanish prayer was recently disqualified when traces of St Imulant were discovered in his pockets.

Naturally, there are rules regarding what is acceptable as a miracle. Asking for the cure of a sick person is fine, asking for Stephen Fry to shut up for 24 hours is not (however much such a surprising event might benefit humanity). 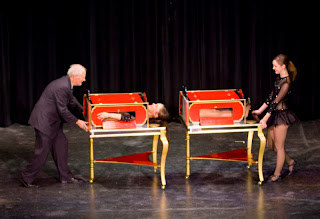 Another miracle from the English mixed doubles team.

In conclusion, this is definitely a sport in which the British have excellent chances. Between now and 2020 we expect to see an increase in prayer, as "pray-mania" takes over the country. The BBC is already planning to cash in, with programmes such as "The Pray Factor", "Pray Match Special" and "Britain's got Prayers". 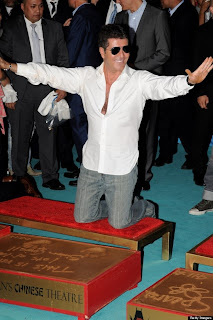 There must be money in praying - even Simon Cowell is interested!