The amateur theologian, Professor Richard Dawkins, has said that it was now possible to go to a dinner party and assume that no one was religious. 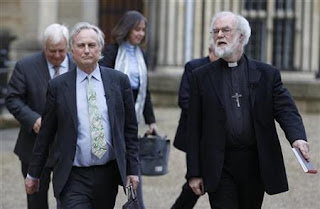 I assure you, Professor Dawkins, that I really am religious.

The explanation, of course, is simple: Richard is never invited to the sort of dinner party where he might meet people whose views would upset him. Since one of the missions of this blog is to help Richard Dawkins on his road to being saved, we invited him to dinner.

Our French cook, who had been in Genoa, prepared us a dish he called Shellfish Gênes, which we knew would go down well with the learned Professor.

So what other guests should we invite? We thought of Stephen Fry. After throwing up, we stopped thinking of him. No, we wanted people who would challenge Dawkins with orthodox religious views. 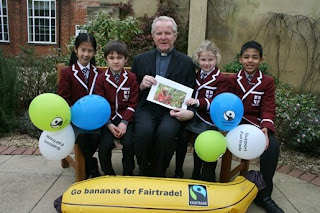 Although malicious people said that Kieran had sold himself for a mess of Pease Pottage (a witty joke based on his episcopal address), he is, after all, a bishop. 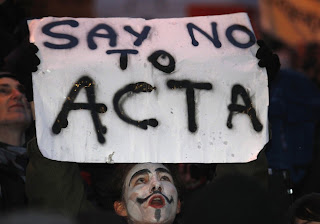 Kieran's friends at ACTA are not universally loved.

We've been hearing a lot about the dissident Catholic group ACTA/ACTOR ("A call to outright rebellion"), and we invited a few members to our dinner party. They explained to us their latest plans for "making the Pope sit up and take notice of us". These include showing disrespect to all religious authority apart from God. "And even God had better watch His step, if He knows what's good for Him."

We're going to ignore the liturgy, and do our own thing. For example, we'll say "Yadda Yadda Yadda" instead of "through my own most grievous fault", just to make it clear that we don't have any grievous faults. We are also very keen on individual conscience, so out goes that dusty old Bible, and in comes a personal statement of morals. If my conscience tells me that it's all right to marry a porcupine, then I shall marry a porcupine, and clasp it to my bosom. 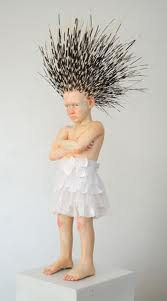 But think of the children...

We had thought of inviting Bill Gardner, the religious affairs correspondent of the Brighton Argus, but he was out delivering soup to the poor and needy. As it happens, my friend Damian Thompson was unable to come to the dinner party, having been upset by a shocking story in the Argus. 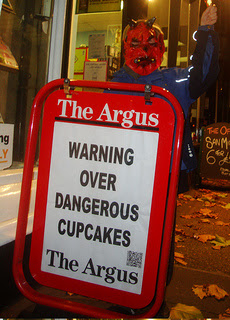 Another scoop for the Argus.

Well, a good time was had by all, and Dawkins was sent home having been exposed to some of the finest religious minds of our time (including several Tablet journalists). I asked him afterwards what it felt like to be surrounded by devoutly religious people all evening. "You're having me on, Eccles!" he replied. 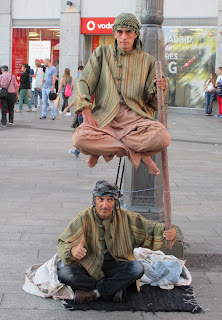 Next time I'll invite one of those Indian fakers...