That 11,000-word interview with the Holy Father

Well, it's half an hour since that 11,000-word interview appeared, and our commentators are now ready to give an in-depth analysis of what the Holy Father said - or didn't say. 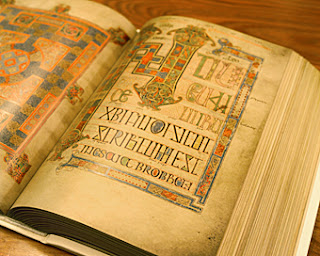 Says St Mark, the author, "I'm thinking of calling it 'My Gospel'."

Our correspondent from the Jerusalem Tablet writes:

This interview certainly turns all religious thinking on its head. There is no direct condemnation of abortion, gay partnerships, murder, theft or adultery. So we can be fairly sure that Catholic teaching on these matters has been overturned, and the time has come to get rid of old-fashioned notions of "God" and bring religion more into line with the secularist agenda of the state. Emperor Nero has very enlightened views on same-sex marriage, you know. 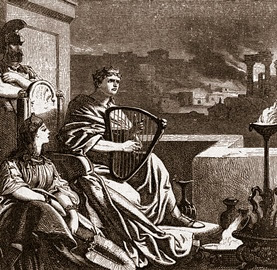 "This interview will set Rome on fire," says Nero.

Moreover, there is no support for traditional forms of worship, so we at the Tablet are going to run that brilliant cartoon we published a few years ago.

How the Tablet showed its respect for the Council of Trent.

At the other end of the spectrum, the Jerusalem Tradblog is also dissatisfied with the interview, and for more-or-less the same reasons. It writes:

Many of us look back with nostalgia to the days of John the Baptist, when sin was sin, and sinners were told they were damned. It's a pity that John lost his head as a result of an unfortunate encounter with a liturgical dancer called Salome - he might have given the Church the leadership it needed. If we are to believe what we read in Mark's interview, this new Man takes a more touchy-feely approach, and seems to have a certain sympathy for the poor, the needy, and the sinners. We can't see this catching on - why, they'll be suggesting that priests open soup kitchens next! 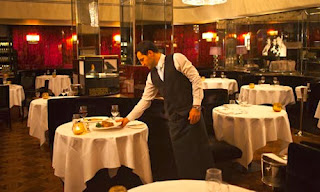 Fr Blake's soup kitchen has certainly improved since the Argus paid him damages.

Probably neither of these publications has quite got to the heart of the matter.