Our attention was drawn to this event, advertised on the Leeds diocesan website. Note that Leeds has been sede vacante for over a year, since Arthur Roche moved to Rome - it seems that when the cat's away, the mice like to play.

For those who might find this event too exciting, other alternatives offered include "Day with Margaret Silf - The Other Side of Chaos" and "Circle Dance Weekend".

Many readers have asked me, "Eccles, what exactly is an enneagram, and how will it bring me spiritual nourishment?" 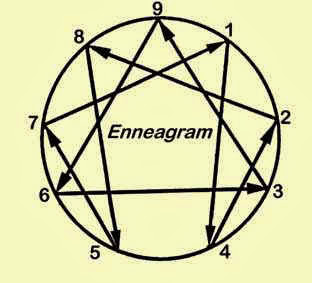 An enneagram - not to be confused with an enema.

"Yes, very helpful, Eccles," you are saying, "but what do I do with this nine-sided figure? Is it a map to help me with my liturgical dancing at Mass? Or do I wear it to repel demons?"

Well, this is tricky. Wikipedia tells us of the Enneagram of Personality, but it also says that it was criticised in a 2003 Vatican document Jesus Christ, the Bearer of the Water of Life. A Christian Reflection on the 'New Age', so of course the good Catholic folk of Ilkley, however much they may like dancing round stone circles, are not going to touch the "Enneagram of Personality" theory. No, that's right out.

How bishops are appointed. The nuncio uses the enneagram to make a random choice.

I continued my investigations, but the number 9 occurs rather rarely in the Bible, unlike, say, 7, 12 or 40. Certainly, Og of Bashan had an iron bed nine cubits long, but it was not particularly spiritual as beds go. Much later, Jesus healed ten lepers, of whom only one came back to say "thank you", prompting the words, "Were not ten made clean? and where are the nine?" Probably they were out circle-dancing.

More worryingly, there are nine circles of Hell in Dante's Inferno. But surely the damned do not indulge in circle dancing when they get there? 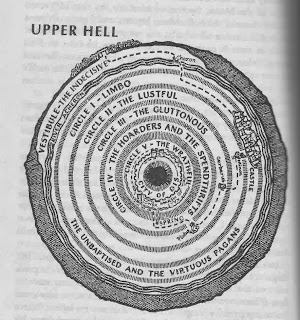 Just the place for some circle dancing.

We may be getting nearer the truth if we sing a popular hymn, "Green grow the rushes-O", with its reference to "Nine for the nine bright shiners". Except that nobody is sure whether these are planets or orders of angels. 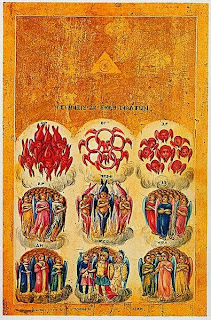 The nine orders of angels. In Ilkley they speak of little else.

Certainly, nine is an important number in Hinduism (symbolising perfection) and Norse Mythology too. So if we take an ecumenical viewpoint, nine-ness is certainly something we should strive for. Perhaps it will help us to levitate... 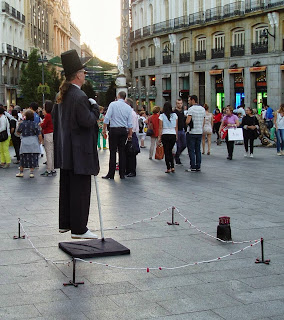 A man with no visible means of support, except his stick.

No, I'm sorry, the whole thing smacks of New Age mumbo-jumbo. Perhaps I'm too old-fashioned - and need to accept that the world is changing. This is the dawning of the Age of Aquarius, after all. All our cultural heritage is disappearing, as the following pictures show. 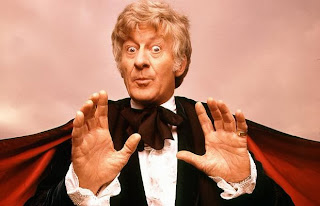 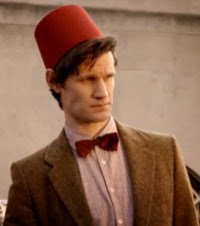