Two of the greatest thinkers of our times.

Anyway, little Judy was delighted to join her sisters (of both sexes!!??!!) at the March for Death on Saturday!!??!! If you haven't been following this, the problem is that Donald Trump is a DIRTY OLD MAN who says RUDE THINGS!!??!! He HATES women so much that he keeps MARRYING them!!??!! Not like NICE MR CLINTON who merely raped them and assaulted them - everyone knows that dear Bill knew how to give a lady a good time!!??!!

So what is a girl to do, when the American people vote for someone she doesn't like??!!?? Demonstrate!!??!! Stand up for the essential dignity of women by wearing a costume shaped like the naughty bits of a lady!!??!! You wouldn't call us dick-heads!!??!! Quite the opposite, really!!??!!

What other direct action can we take to show that we support democracy ONLY IF it gives the answer we want, sisters??!!?? Perhaps we might even go as far as throwing a traffic cone at a passing policeman!!??!! If we did that, then Trump would be obliged to resign, mark my words!!??!! 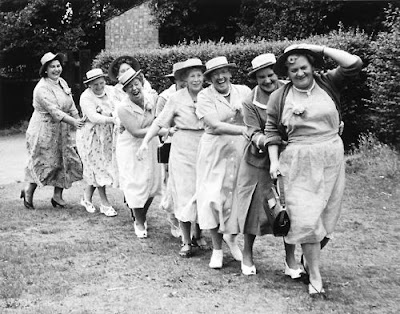 My sisters showing Trump what they're made of!!??!!

Some people have pointed out that the Women's March wasn't exactly pro-life, and in fact "pro-life" groups were banned!!??!! But "pro-life" means whatever Fr Jim and Fr Dan say it means!!??!! There's NOTHING WRONG with killing a baby, dismembering it, and selling the pieces PROVIDED THAT you do it in a "pro-life" way!!??!! By that, we mean that we respect the baby, whatever its race, colour, creed or sexual orientation may be!!??!!

Sister Fatima of the Middle Eastern branch of Nuns for Naughtiness was delighted to join us on the March!!??!! It's true that when she got home her husband unfortunately flogged her to death, but - hey!?! - the moral is that women have much better rights in the Middle East than we do, and they don't have to put up with BEASTS like Donald Trump!!??!! 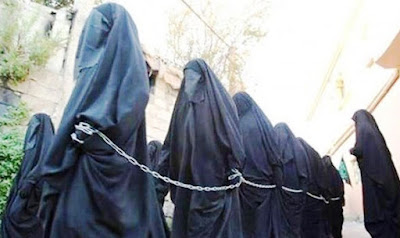 So I have one final message for you:

2. If you are inter-sex, trans-sex, a member of the order of the 30 pieces of silver, gender-queer, non-binary, duo-decimal or otherwise weird, then Hallelujah to you!!??!! 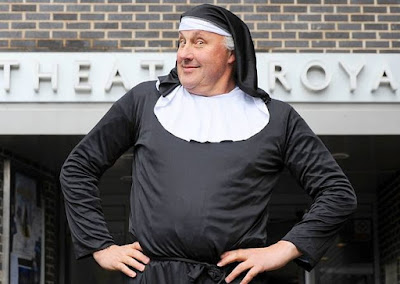