Cristina-mania is sweeping through the Catholic Church worldwide. In countries such as Italy, Argentina and even the United States, statues of the Virgin Mary are being thrown out, and replaced by images of Mama Odone. 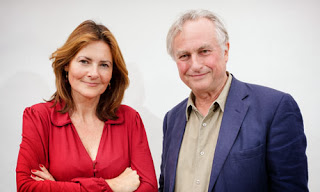 Even atheists are starting to warm to Mama Odone.

Part of Cristina's popularity is her liberal attitude. Traditional Catholicism was linked with long-forgotten people such as Jesus Christ, St Mary, St Peter and St Paul, who never spoke of the Spirit of Vatican II. It emphasised sin, forgiveness and redemption. However, Cristina-nity or Crist-inanity, as the new faith is called, stresses the "cuddly" side of religion.

• Telegraph now inserts random garbage in middle of blog posts.
• Tim Stanley, the 17th Doctor Who, the one with the best hairstyle.
• "Chivers" now means rubbish. Get over it.

It's too early to say whether Cristina is really at the helm of a "Vatican Spring", that will revolutionise the Church - maybe it's more of a "Fall of Man". However, thanks to her, "Catholic" is no longer a word to be associated with intelligence, good writing, or a strict sense of logic.

Sometimes there are no easy answers.

Suddenly, being a Pope feels good. People no longer sneer at me, if I mention my Faith. "You're in the same Church as Cristina Odone, aren't you?" they say, when they bump into me in the street. "Sounds fun. Can anyone join, or do you have to believe something?" Of course I reply that I'm not the best person to answer that - after all, Cristina speaks for six billion Catholics worldwide, even those who are not in the least religious. Not even God can dent this new "Cristina Effect". 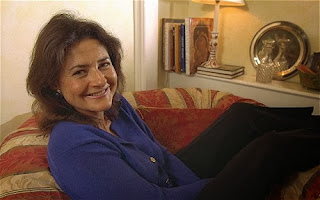 Our Lady of Fathead - known for making apparitions to the gullible.