Pope Francis not a Zygon

Having watched the Dr Who 50th anniversary episode (and we promise not to blog on Dr Who again for... ooh... at least a week), we have finally found the explanation for the sudden change in Pope Francis. 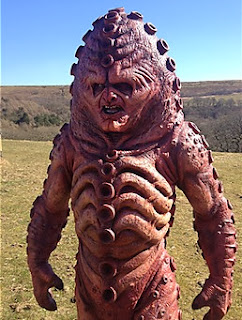 This is not the Pope.

Pope Francis has been having a lot of bad publicity lately, thanks to various statements that he is supposed to have made - or which were made up for him by Eugenio Scalfari and various liberal journalists.

Indeed, his reputation amongst traditionalists was mud, with the great Mundabor writing "Francis is clearly a sodomite pinko liberal commie pervert - although as a pious Catholic I do respect the authority of the Holy Father." Then Rorate Caeli chimed in with "We're not really sedevacantists but how can we possibly accept Francis, when he's an ex-KGB member in league with the Prince of Darkness? What's more, his Latin is terrible." Even Father Z commented: "Let's read Francis as if he'd said what Benedict said." 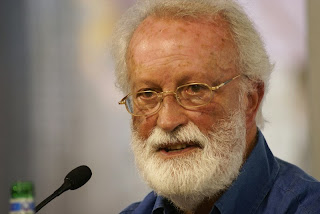 Scalfari - his new book is called: Believe me - Pope Francis told me he was an atheist.

Only the Bitter Pill and the National Anti-Catholic Fishwrap dared to defend the words of Pope Francis, when he said - at least according to these distinguished publications - "Stop worrying about abortion, birth control, same-sex marriage, murder, theft and adultery. Just chill out, man," and - on another occasion - "Who am I to judge between Good and Evil - they're equally good lifestyle choices!"

But all this is at an end. It turns out that for several months we did not have a pope at all, but a shape-changing Zygon. Within the last week, this alien creature has been sent packing, and a lucrative column on the Guardian awaits it, as a colleague of Chris Huhne. 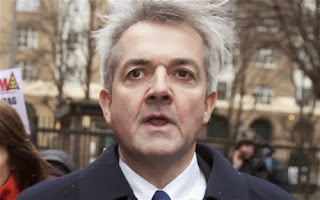 Another strange being employed by the Guardian.

Now that the real pope is back on the throne of St Peter, we are seeing all the traditional statements that we expect from a pope. For example, on Twitter: "HI! I'M A CATHOLIC. RETWEET IF YOU ARE TOO! LOL." (Sadly, he has not yet matched the intellectual gravitas of Pope Benedict.) Then again, "This Hermeneutic of Continuity idea sounds jolly fine. Perhaps I'll drop into Blackfen next week and find out more about it." And finally, "Spirit of Vatican II ??!!?? Arentchasickofit ??!!??" This last is regarded as a bid for a regular column in the Catholic Herald, perhaps entitled Frank Speaking. 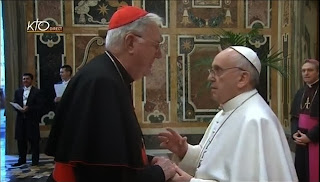 And you're fired too!