It has been observed that this blog is a little too serious sometimes, as it endeavours to give its readers spiritual nourishment and theological teaching, as well as guidance on hymns and up-to-date religious gossip news. So, inspired by another great blog, we are starting a very exciting serial, which will appear here from time to time. Each instalment will be written by a different person. Today, it is Eccles. Next time it may be his brother Bosco, or Cardinal Murphy-O'Connor, or A.C. Grayling. Wait and see! 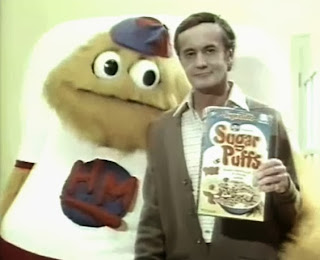 Dis is de story of Eccles, wot is a saved pusson, but who never misses an opportunitty to get more saved. One day he decided to go on a pilgrimage, not sure exactly where he was gonna go, cos he was very anxious to get away from de City of Destructoin (Notting Hill). He had been livvin in de basement of a huge mansoin, owned by best-sellin writer Damain Thopmson, along wiv his Anti Moly, wot is an unsaved pusson who goes "ROFL" at funerals. She is de ogress of de title, and is gonna be goin wiv him unless he can shake her off. 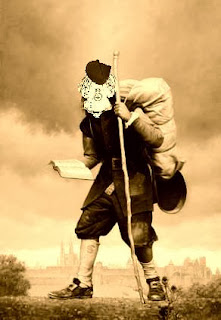 Anyway, Eccles had had enough of living on custard and cupcakes, so he packed himself a proper pack, wiv spare clothes, Eccles cakes, and books for spiritaul nuorishment such as the Bibble, Shakespier, Lady, don't fall backwards! by Darcy Sarto, and a copy of Damain Thopmson's The Fox, which was thrust on him as a leaving present. Just as he was startin on his way, his Anti Moly, wot had been peacefully sleepin under the table after a long night screemin at the Internet, woke up and asked him where he was goin.

"I is goin on a pilgrimage, Anti," said Eccles, "and I will probably visit many sacred sites, like Walsingham, and Santiago de Compostela, and Fatima, and maybe even de holy city of Croydon." 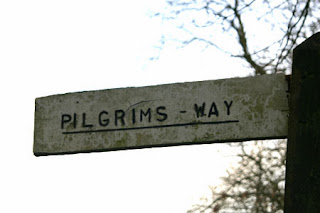 "All right, I'm comin wiv you," said his Anti. "We can take my donkey, wot is called Micky Ross, to carry our gin bottles wiv us."

"But you ain't a saved pusson, Anti," complained Eccles. "In fact you is banned from most of de churches inside de M25 for goin ROFL rather than AMEN. I been studyin this book by a man named Bunion, and he says dat de way of a pilgrim is hard, and it aint just goin into pubs and drinkin oneself into a stupor. He says you may even meet de foul fiend Apolly on de road (I fink she writes for de Gaurdian)." 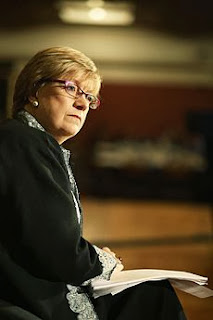 "It's time for me to write another foul and fiendish article!"

But even this frightening prospect did not deter the old lady. Thus, Eccles and his Great-Ant Moli began their pilgrimage, heading westward towards the sinful fleshpots of Hammersmith. 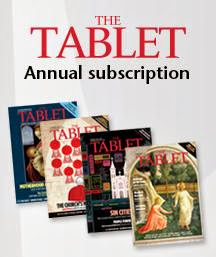 What nameless horrors will our pilgrim encounter in Hammersmith?