Well, the Pope's new apostolic exhortation, at 48,000 words (roughly twice as long as St Matthew's Gospel), is a little difficult to digest instantly, and so we have decided to let technology come to our aid. By seeing what words and phrases appear - or do not appear - we can determine what is considered important. 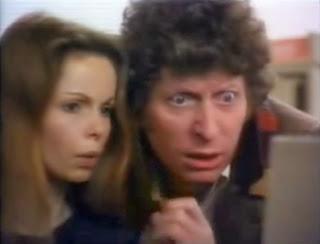 As a control experiment, let's start with St Matthew's Gospel, which most readers probably know something about. Some of the key phrases that occur are: "I say unto you", "The Kingdom of Heaven" and "The Son of Man" (all more than 30 times), with "the chief priests" coming up behind on about 20. I think we can conclude that the book is about Someone who is keen to put forward a religious message, possibly One with an interest in Heaven. Perhaps at some stage He tangled with some priests. I hope that helps. 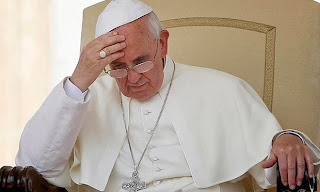 Should I have said more about custard?

Turning our computer's attention to Evangelii Gaudium, we see that one phrase that comes up over 20 times is "post synodal apostolic exhortation", but that's mostly in the bibliography, so doesn't really count. "The Church" and "the Gospel" score highly, over 100 times each, so the author clearly thinks these are important (this is a good sign). There is also a fair amount about the Holy Spirit, and over a dozen mentions of "Latin American". Watson, we have here an educated person, possibly of Argentine extraction, who is trying to give some religious guidance. 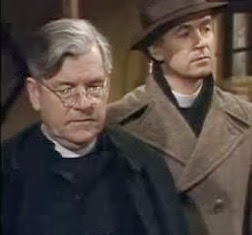 Let's try one further experiment, with The Innocence of Father Brown by G.K. Chesterton, which is a little longer than Evangelii Gaudium. Although at first sight this appears to be the biography of a Catholic priest, perhaps something like the Confessions of St Augustine, the computer never lies, and it reveals that some of the most popular phrases occurring are "said Father Brown", "said the doctor" and "the front door". These do not indicate that we have a religious text before us, more a collection of anecdotes. Also, the last phrase is a bit of a mystery to us - perhaps it is something to do with the gates of Heaven? 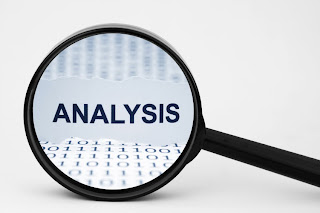 Thus, on a scale of spiritual nourishment, I think it fair to say that Evangelii Gaudium (EG) scores a little lower than St Matthew's Gospel (MG), but a little higher than The Innocence of Father Brown (FB). Let us look for points in common, and points of difference.

All three works show a high respect for the office of priest, and both (MG) and (FB) contain examples of priests who are, well, unsaved. All three discuss salvation in a religious context. None of them seems to accept the possibility of ordaining women to the priesthood, and all three seem to show a rather traditional attitude to sin.

Although all three have a main protagonist who is some sort of religious figure, the hero of (EG) isn't primarily engaged in performing miracles, nor at solving mysteries (although he does refer to a "sense of mystery"). Again, in (MG) we encounter a wide range of characters, from the impressive Peter through to the villainous Judas; likewise, in (FB) we meet a range of heroes and villains, some of whom steal fish knives, and some of whom drop hammers off church towers. There is less action in (EG), although the author does speak of crime in cities, and of fish swimming in polluted rivers: by and large, he disapproves. 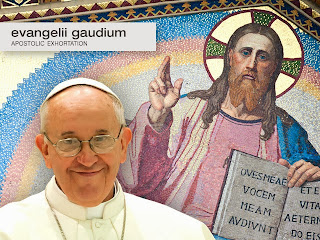