The Book of St Richard, Chapter 18

1. So it came to pass in the year of Our Lord two thousand and thirteen that Richard decided to write the story of his life.

2. And he entitled it An Appetite for Honey. For he was exceedingly fond of honey. 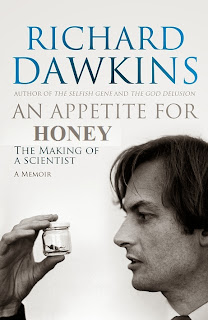 3. But his publishers changed the title to An Appetite for Wonder, in the hope of selling more copies, yeah even unto the man who hateth honey.

4. Meanwhile, Richard had been promised his own Book in the new edition of the Bible (that which is called Bible II), but he was not due to obtain any royalties from it.

5. Moreover, he had his own message for the world, namely, "I am the cleverest person who ever lived, and it is a scandal that I am not yet Sir Richard Dawkins, member of the Order of Merit, and Knight of the Garter." 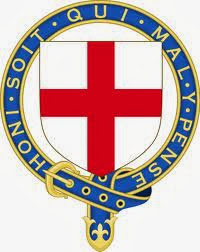 The wicked man himself thinks only of honey.

6. "For I am a man of authority, having disciples under me: and I say to this man, Go, and he goeth; and to another, Come, and he cometh; and to my servant, Do this, and he doeth it. For their brains have been washed."

7. So Richard published his book, and many men mocked, saying "Ha ha."

8. Next, it came to pass that Richard planned a great journey, by means of a huge bird made of metal, which is called Aer-o-plane.

9. And he said, "I shall carry with me a quantity of honey, lest a famine strike me down during the flight, and my tongue cleave to the roof of my mouth." For he was still exceedingly fond of honey.

10. And those who knew more about these things, some of whom were holy and learned men, said, "Think ye that it is wise, thus to challenge the laws of man?" But Richard heeded them not. 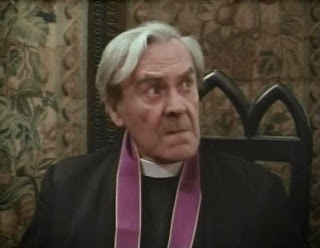 Think ye that it is wise, my son?

11. And it came to pass that a man, whose name was Dundridge, said unto Richard. "Oi! thou canst not take thy honey with thee on the flight. For it may be the fabled honey of Bin Laden, which goeth 'Bang!'"

12. And Richard was exceeding wrathful, and spake, saying, "Dost thou not know who I am? I am Professor Richard Dawkins, FRS, he who invented genes and memes, and whose watches are repaired by a blind man. Know ye that my honey goeth not 'Bang!' For is it not written: Out of the pie came forth meat and out of the honey pot came forth sweetness?"

13. But Dundridge took the honey from the hands of Richard, and put it in a large box marked "SWAG", along with nineteen bottles of water, a vial of gin, some cream that protecteth the skin from the sun, and, as it happens, a bottle of nitroglycerine.

14. And Richard was exceeding wrathful and shouted in a loud voice: "WOE IS ME! BIN LADEN HATH WON!"

15. But the friends of Richard clubbed together, and brought him many gifts of honey, so that thenceforth Oxford was indeed a land flowing with milk and honey. 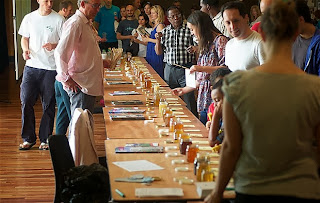 Richard receiveth many jars of honey.

16. And, ever since then, the third day of November has been a day on which men light bonfires, and put a "Richard" on top, and explode pots of honey, so that they forget not the grievous sufferings of Richard.