How to write a religious blog II

Well, yesterday's introduction to religious blogging was very popular, and achieved a massive 5 hits, only 4 of which were from me. So, encouraged by this, let me continue to advise you.

When you're writing a blog, it is important to be able to show your readers what you've had to eat. Probably, this is because the reader says to himself, "If I eat frogs' legs/ cornflakes/ roast camel/ peas with honey, then I too can become an archbishop/ a celebrity blogger/ a Tablet journalist/ a saved person." Alas, this is usually not going to happen. 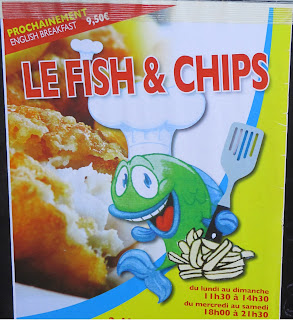 In fact, today I had the best that French cuisine could offer.

Other things that you can do to add the "personal" touch to your blog include photographing key items in your everyday life, such as your cats, your kitchen, your dustbins, perhaps your lavatory.

Now the easiest kind of blog to write is one where you post spiritually nourishing paintings and poems. Such blogs are usually very good, because the material is, by definition, produced by someone talented. This is the sort of thing I mean: 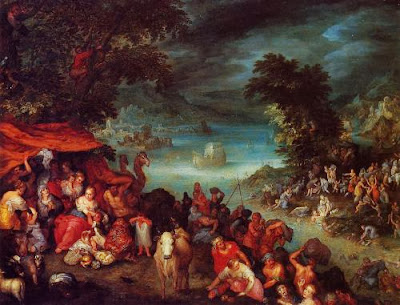 See what I mean? This has already improved the quality of my post, immeasurably. And Noah is in the Bible, so is a spiritually nourishing person. Come to think of it, why do I waste my time trying to produce original stuff?

Some blogs are co-operative efforts. Jessica Hof has an excellent blog called All along the watchtower, which has several different authors - some Anglicans, Catholics, a Baptist, and - occasionally - my dear brother Bosco of the Calvary Chapel, who was the inspiration for my own blog. This keeps the blog very active, although there is necessarily a divergence of opinions: if an article begins All pictures of my Lord are false images and idolatry, and shows that the artists didn't have Jesus in their lives like I do, and they'll all be left behind when the Rapture comes. Ha ha! - well, that was probably written by Bosco rather than someone from a mainstream branch of Christianity. 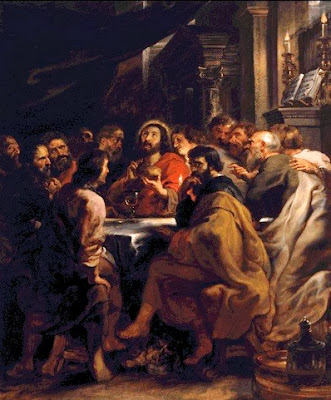 Sorry, Rubens - it's the Lake of Fire for you!

Let's finish today with some ideas on how to write an American priest's blog. Now American priests all have complicated names, such as Zuhlsnecker or Longedorf, so are best referred to simply as "Father M" or "Father Q", as if they were James Bond characters. Unlike British priests, who always lead luxurious well-paid lives, with regular holidays in Tahiti and deacons to wait on them hand and foot, American priests are generally broke, and often need to raise money through their blogs. Their demands vary from 10 cents, which will buy a crust of dry maggotty bread for dinner, up to $500, which will buy a new silk biretta with a special compartment in which to store the priest's handgun.

Do give generously. Buy the coffee they're sponsoring - remember, Mystic Monk coffee makes you live longer and develop a sharper mind, while the rival Numinous Nun coffee causes arthritis and dizzy spells. You know it makes sense.

Finally, two tips for rescuing a blog post when it's running out of steam, as this one is: 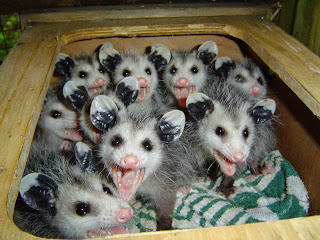 Post a picture of some sweet furry creatures (these are possums). 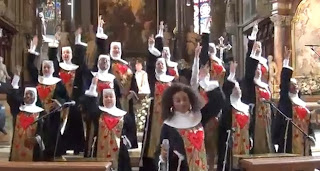 Or use a picture of people making fools of themselves in church.