Thomas Cranmer, the pioneer of "competing" with the Catholic Church, who was put to death for being an Anglican, has been given a Royal Pardon following a long campaign by his admirers. 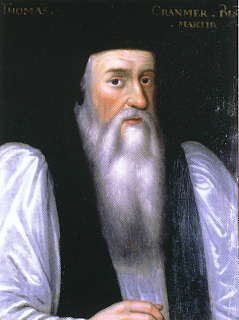 Thomas Cranmer - was he unjustly convicted?

Nowadays, of course it is not illegal to be an Anglican - indeed, there are rumours that members of the Royal Family indulge in such practices - although it is still frowned upon in many circles. For example, a man was arrested recently for saying to a mounted police officer "Your horse is Anglican!" However, at the time when Cranmer died, it was still considered to be a serious offence against normal, decent, Catholic society. Cranmer's own history is particularly sad, for at one stage he "swung both ways" and attempted to give up Anglican practices: in the end however he "came out" and paid the price. 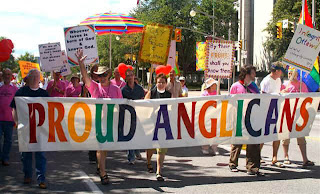 Proud to come out as Anglicans!

The Catholic Church has itself been criticised for attempting to compromise with Anglicans. There have been the notorious Warwick Street Masses, where "Anglican patrimony" has been celebrated as a result of Pope Benedict XVI's attempts to bring Anglicans back into the fold. Indeed, Pope Francis also has shocked traditionalists with his "Who am I to judge?" remarks, indicating that Anglicans who attempted to live a Catholic life should only be burned as a last resort. 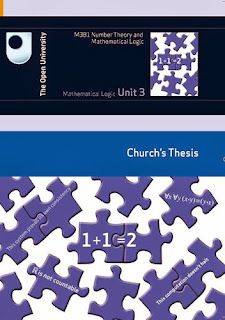 The Church's Thesis - also a great influence on "competing".

On the whole, however, it is clear that Anglicans are being accepted more and more as "normal" members of society, especially since in many cases they are indistinguishable from ordinary secular people - the days when they would deliberately shock people by attending church services seem to be over for good. In this context, Cranmer's pardon (whether or not he was guilty of Anglicanism) is a natural reaction to a change in public opinion. 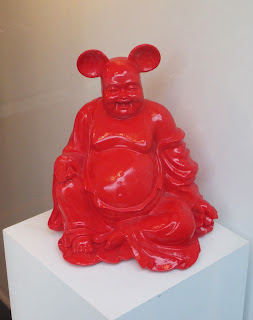 Meanwhile, a Happy Christmas to all readers! 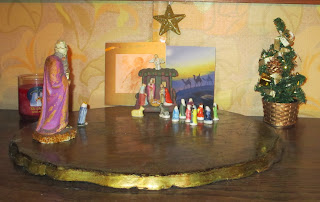 Unfortunately, one of our kings seems to be a little on the tall side.