How to write a religious blog I

As the author of a very popular religious blog, which on some days achieves nearly 4 hits, I have been asked to give some guidance to those who aspire to similar success. 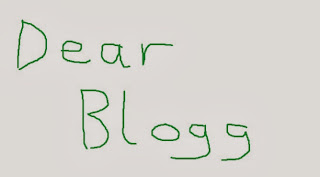 A good start - but what comes next?

Now, unless you lead a very interesting religious life, nobody is going to be interested in a simple day-by-day diary of what you do. This sort of thing is fine: Enjoying my first Christmas as Pope. Went to midnight Mass, so was quite late to bed. Opened my presents - I had asked Father Christmas for some comic books such as The God Delusion and God's Mother, Eve's Advocate, but all I got was socks. The next morning I gave a blessing to some people in the street outside, then went indoors for a game of Pin-the-tail-on-the-donkey with Guido Marini. 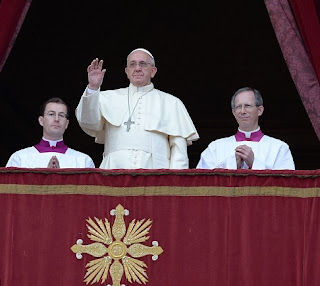 Could the brass band stop, please? Catherine Pepinster's been complaining.

This sort of thing (from Malvolio's blog) is not so fine: On Christmas Day I was locked in my garden shed with some bottles of whisky. A man called Sir Topas the Curate stood outside taunting me - I am sure he is a sockpuppet of Eccles. Luckily I was able to use Twitter to harass my enemies. 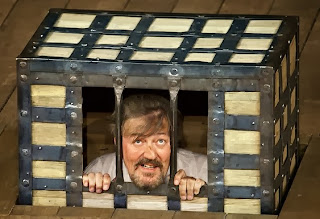 They say I'll be let out in time for Twelfth Night.

But blogs don't have to be about yourself, especially not religious ones. Many of them pick up on items of religious news: for example the popular Assist-The-Archbishop blog points out numerous examples of blasphemy, heresy and general nastiness which are seen to threaten the orthodoxy of the Catholic church, as personified in this country by Archbishop Vincent Nichols. 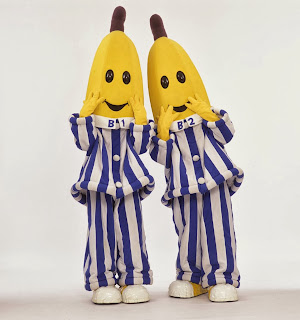 For those rejected by the Swiss Guard, there may be a role protecting archbishops.

So this is the sort of thing that Assist-The-Archbishop will warn its readers about:

COMMISSAR VOLPI TELLS FRANCISCAN FRIARS OF THE IMMACULATE "LEARN LITURGICAL DANCING OR IT'S BREAD AND WATER FROM NOW ON."

Headlines such as this will make your blog more interesting.

This one is genuine (from the Daily Mail), but could have been worded better.

Some well-known religious blogs have an inflexible party line, and need to be taken with a bucket of salt. After the twenty-fifth consecutive description of Pope Francis as a PINKO HOMO LIBERAL PERVERT MARTIAN ANTIPOPE on the famous Dealbabor blog, one begins to wonder whether its author is really a great admirer of the Holy Father. Especially since contrary comments are not allowed.

We now come to the more intellectual type of religious blog, which is usually written by a priest. I'm thinking here of Fr Hunwicke's Mutual Endowment Policy or Fr Finigan's Hermetic Continuity. To get the most out of such blogs it helps to have read Populorum Progressio, the works of Ovid, Inter Mirifica, etc. If your knowledge of Catholic doctrine is so hazy that you confuse the Assumption, the Immaculate Conception, the Annunciation, the Ascension and Christmas, then perhaps you should start with something a little less subtle. 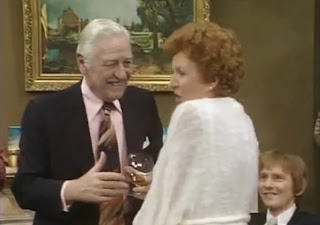 If you plan to write a dumbed-down blog for the masses, perhaps one with occasional references to religion and custard, then you may be able to find a national newspaper to support it. No particular examples spring to mind here.

In Part II we shall look at some further religious blogs, including ecumenical blogs with multiple authors, and of course some eccentric American blogs.