Are you a top Catholic?

As described slightly inaccurately here, 100 rich and famous people in San Francisco have written an open letter to the Pope demanding the removal of Archbishop Cordileone because of his insistence on Catholic values. The comedy PR man, Sam Singer, has been hired to help, and he has made the very important point that these are "top Catholics", not just any old people. Which raises the question: what is a top Catholic? 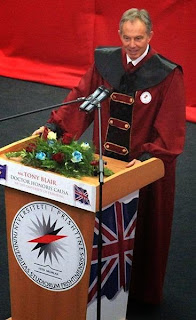 Unfortunately, I have not heard of most of the top Catholics in San Francisco, although they do include Charles Geschke, the president of Adobe Systems. He's the one who sends alerts to my computer every two or three days announcing a new version of Flash Player. Being gullible, I download them, but they never work properly.

However, there are top Catholics everywhere, and we can only gaze at them in wonder. When the "kiss of peace" comes in church, you are not allowed to shake hands with them, but there will usually be an aide available to represent them.

Remember that Jesus said "You cannot serve God and Mammon, so choose one of them. I really don't care which!" To be a top Catholic, you really need to be rich and powerful, so make sure you choose Mammon! 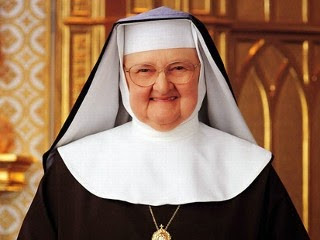 Happy 92nd to Mother Angelica, a highly revered Franciscan nun. Not "top" though.

Who are the two people mentioned in the Nicene Creed, apart from Our Lord? Well, Mary, of course, but the other is Pontius Pilate, the man who liked washing his hands. Pretty "top" I'd say, and without too many religious convictions to get in the way. Unlike Nicodemus and Joseph of Arimathea who started off "top" but went downhill once they started to take religion seriously. 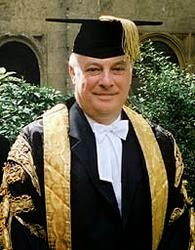 Chris Patten, named by the Tablet* as one of the most influential UK Catholics.

*Of which he happens to be a Trustee. That proves he is a top Catholic.

Well, you get the point. When the Day of Judgement comes and Christ has to choose between sheep and goats, what will He do? Will He take aside the president of Adobe and say ironically, "You know, your program still doesn't work properly, but you're a top Catholic so come and sit and my right hand," or will he settle for a humble nun who spent her time doing good deeds and saying the Rosary? I've no idea. 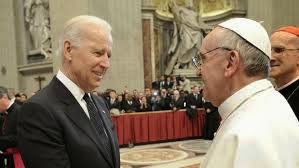 The Pope is honoured to meet a top Catholic with no particular religious views.

One last point. It is the season for letter-writing, and now Cardinal Nichols is getting very worried that people may write to the Pope complaining that he is too strict about upholding Catholic teaching. May I implore readers NOT to do this? Thanks.