The life of a secret nun

With the news that Pope Francis has killed the fatted calf for the Leadership Conference of Women Religious (the "prodigal nuns"), some readers have contacted me, saying "Who are these ladies? They don't look like nuns at all. Could they be the Women's Institute?" 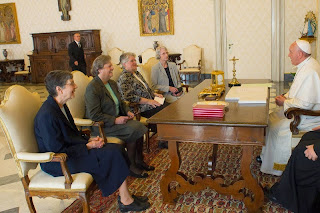 Let me make it clear at the outset that I will have no truck with any jokes about their unusual habits. Now, where we?

The secret - or plain-clothes - nuns are an elite order of Catholic agents. They go around in "mufti", and are in most respects indistinguishable from ordinary members of the public. Their director, "F" has given some of them a "Licence to Pray", although this is only permitted in emergencies. One of their most famous agents is "Double-six seven", 667, or Jackie Bond, who often introduces herself by "The name's Bond, Sister Bond". 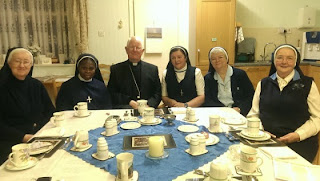 Some of the films in which Sister Bond's exploits have been recorded are Dr Küng, From Eccleston Square with Love, You're Only Resurrected Once, On His Holiness's Secret Service, and The Man with the Golden Vestments. Fans of the Bond series will remember another recurring character, the eccentric Cardinal K, who provides our heroine with the latest in a series of improbable new doctrines produced in his laboratory. Many of them don't work properly, or have undesirable side-effects. 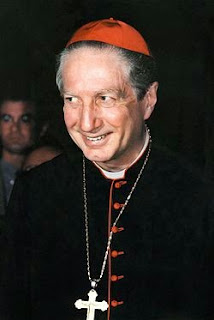 Cardinal Martini - shaken but not stirred.

One question remains though: why are all "F"'s secret agents old ladies in their 70s? Wouldn't a younger agent be better able to thwart the plans of Ernst Stavro Dawkins or Rosa Toynbee? Sister Bond admits that this might be so, but maintains that it is all part of her disguise as a harmless old woman, whom nobody could possibly take seriously; and so far this is the case.