Taking advice from Mrs Hillary Clinton, widely tipped to be the next president of the United States, the Catholic Church has decided to change its teaching on abortion. Following her comment that "deep-seated cultural codes, religious beliefs and structural biases have to be changed" so that killing off children is made easier, there has been a unanimous response of "Oh gosh, we never thought of that" from the Church. 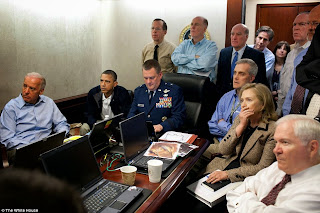 Hillary and friends enjoy a webcam set up in Bill Clinton's office.

Mrs Clinton has angrily insisted that for many years she has been negotiating with Pope Francis and his predecessors by e-mail, explaining to them how they have totally misunderstood Catholic teaching, but unfortunately all the correspondence was accidentally deleted. You know how these things happen. 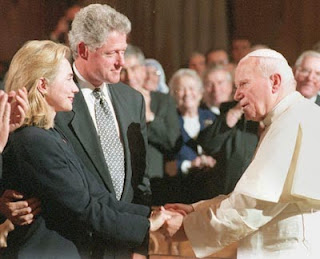 Meanwhile, on these shores Mr Edward Miliband, a well-known atheist and politician, has declared that he wants to meet Pope Francis. Having been leader of the opposition for nearly five years, he has not previously shown the slightest interest in hopping on a plane to Rome (or even hanging around when Pope Benedict XVI visited), but the approaching election has concentrated his mind wonderfully, and he realises that he urgently has to challenge David Cameron for the votes of any so far undecided but gullible Christians. 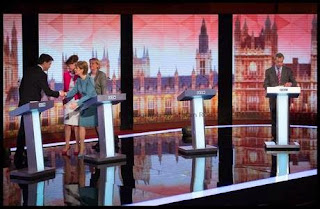 All hail, Macbeth, that shalt be king hereafter!

Coincidentally, the Pope has expressed a long-standing wish to meet Ed Miliband, in order to decide whether he is real. "Some people find the Christian faith difficult to accept," he said, "but believing that Ed Miliband is a real person is far more of a challenge."