Through the Christian year with David Cameron

Happy Easter, everyone! David Cameron has given us his seasonal message, and as reported by Madeleine Teahan in the Catholic Herald, it clears up a serious misapprehension under which Christians have suffered for many years.

It's the principle around which the Easter celebration is built. Easter is all about remembering the importance of change, responsibility, and doing the right thing for the good of our children. And today, that message matters more than ever.

In fact, this doctrine is just an excerpt from Dave's new spiritually nourishing book Through the Christian year with David Cameron, and we are privileged to be able to print further excerpts on this blog. So here goes. 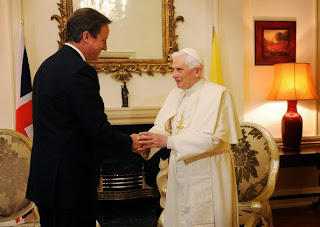 "The church year starts with Advent, where we look forward to the coming of a new leader. In the Old Testament there was an emphasis on traditional Thatcher-Majorite Conservatism. Then comes the Apocrypha, filled with weird stories about shadowy figures such as Hague, Duncan-Smith and Howard. Finally, the New Testament tells of the coming of a Saviour to redeem the world, and bring a whole new set of teaching. And this Messiah is called Dave.

At Christmas we are asked to reflect on the importance of a well-managed economy, and the regulation of public expenditure. Caesar Augustus called all the world to be taxed, but he could equally well have cut public expenditure and reduced government borrowing. We never hear of Joseph actually paying his taxes, and indeed he is said to have fled into tax-exile in Egypt. 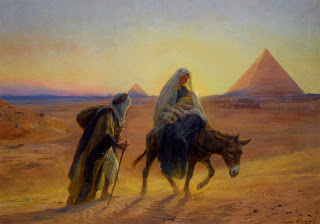 The flight into tax exile.

At Epiphany, we read the story of three great kings, named Cameron, Miliband and Clegg. King Cameron brings gold, which symbolises prosperity and job-creation. Anti-king Miliband brings frankincense, but that isn't enough to take away the clinging smell of bacon sandwiches. Deputy king Clegg brings myrrh, symbolising death, in particular the death of his political ambitions. 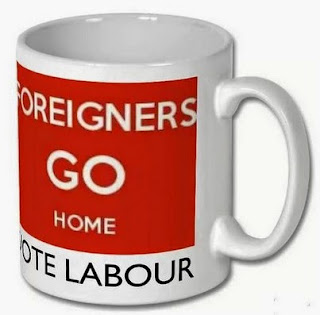 Controls on immigration! A gift from Anti-king Miliband.

So we come to Lent, a time of austerity. The message here is that only the Devil tries to stop us from making sacrifices - well, not me, obviously, but most of you - as we wait for the economy to recover.

At Easter, we celebrate chocolate eggs, Easter bunnies, daffodils, Bank Holiday traffic jams, and a well-deserved two days off work (or, for MPs, a month). We have no plans in our manifesto to scrap Easter, although if the gay lobby tells us it's necessary, then we reserve the right to change our minds on that one!

In May we have a festival called Ascension. This is when millions of faithful worshippers go into a polling-booth and put an X against the name of the Conservative candidate. After this, I go up to 10, Downing Street. 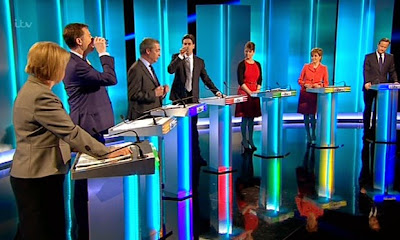 Whitsun (or Pentecost) is traditionally a time for marriage, and surely the main Christian message here is that marriage is a wonderful thing, and should not be restricted to one man and one woman. "Be fruitful and multiply," said God, and if you can't manage this because you are a same-sex couple, then the Lord provides test-tubes and clinics whereby you may still pretend to be the parents of a child.

After that the country (or at least Parliament) has a long holiday between May and November. We call it "Ordinary Time" and regard it as a time to go on holiday and visit fish-markets. In this we simply emulate the Apostles, who were also fishermen. Of course, we will occasionally read in our papers about massacres of Christians and others, by Muslims, but that's none of our business, and it should not take us away from all those lovely fish!" 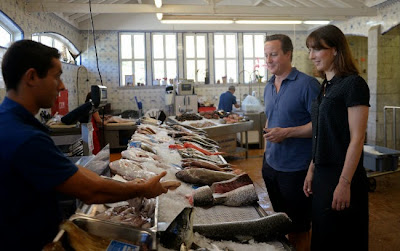 Scottish sturgeon? No thanks!