Vicky Beeching comes out as a rock singer

In a very frank interview with the Independent newspaper, the Christian lesbian, Vicky Beeching, has finally admitted what people suspected all along - she is a rock singer. 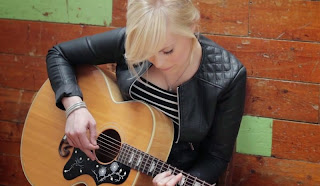 Frankly, the guitar was a bit of a give-away.

Said one commentator, "It's true that her recent behaviour had been giving some concern, but we assumed that she was simply in pain, and that it was a cry for help. Now we discover that, in fact, she was singing."

There is still a fierce debate among Christians about whether rock singing is compatible with being a Christian - and traditionalists condemn it entirely. No explicit prohibition by Christ is recorded, but there are severe doubts over the claim by more liberal Christians, such as Giles Fraser, that when Christ called Peter "The Rock" he was inviting him to go out and sing to the world. 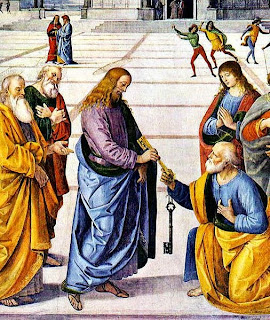 Peter receives the keys (C minor and A major).

Vicky Beeching is a high-profile Christian, and it is possible that her admission may make rock-singing more acceptable among religious people - although of course there have been earlier cases of Christians coming out as rock singers, ever since Graham Kendrick was outed in 1963. 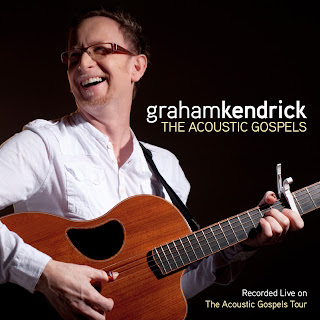 An early advocate of Rock Lib.

Still, rock singer or not, it is clear that God will still love her. Remember, it's "hate the song and not the singer".

In other news, today is the day that so many British teenagers get their A level results. As is traditional, we show some young sixth-formers jumping for joy after receiving their grades. 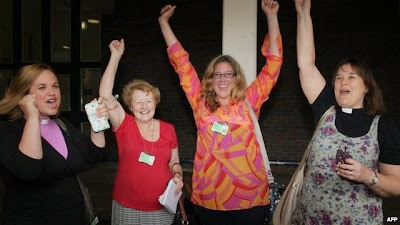 We are very glad that these charming young girls are so happy, but we should remind them that in former times the receipt of A level results was received in a much more dignified manner. 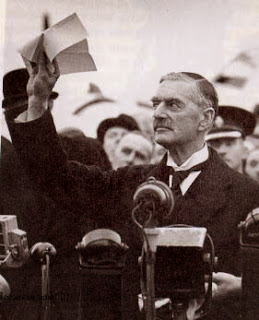 I'm off to study history at university!