The Pilgrim's Ogress 9: The Ghost of Digby Stuart

The story so far: Eccles and his Aunt Moly are on a pilgrimage. Expelled from Portugal for harassing the Prime Minister while he was making an in-depth study of fish markets, they have arrived in Roehampton, near London. M.R. James takes up the story.

What secrets lie behind these doors?

It was, as far as I can ascertain, in August of the year 2014 that a post-chaise drew up one evening before the door of Digby Stuart College, the site of a former Sacred Heart community and school for girls in the handsome borough of Wandsworth. The two passengers in the chaise were a young man in a red biretta, together with a much older lady clutching refreshment in the form of a bottle of gin.

They produced their cards - their names were Eccles and Auntie Moly - and were admitted by a maid, and shown to their rooms; for they had determined on passing the night on the premises in order to investigate a series of mysterious happenings. At around three o'clock of the morning, the young man was woken by a loud scream of "Woeful!" from the room of his aunt, so he hauled himself out of bed, and rushed to her assistance.

He found the old lady gibbering incomprehensibly, her faced twisted into a loathsome caricature: this was exactly as he was accustomed to seeing her, so he was not particularly alarmed. "Eccles!" she cried. "I have seen the ghosts of two nuns. They were writhing restlessly and moaning 'Beware Tina.' They would not leave until I threw my false teeth at them. What can it mean?" 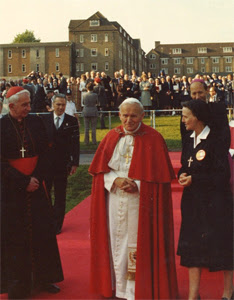 In happier times, saints would pass through Digby Stuart College.

Enquiries from the servants elicited the information that these two ghosts were frequently seen to haunt the college; they were said to be the spectres of Mother Mabel Digby and Mother Janet Stuart, who had founded the college in the nineteenth century. Perturbed by the wicked teachings to be found there, they were unable to rest in their graves.

"Who is this Tina?" asked Eccles. The maid replied that she was a professor at the college whose work centred on religion, society and human flourishing. More specifically, she was fascinated by sex - or at least the subjects of gender, sexuality and reproductive ethics, areas in which she had produced writings that drove most Christians up the wall. 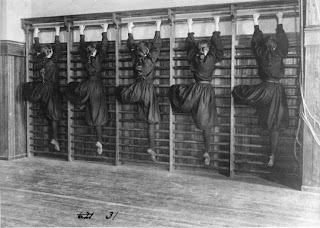 Some pious Catholic girls being driven up the wall.

After further enquiries, it was determined that Professor Tina Beattie lived in a houseboat on the tidal Thames, where she watched birds - focusing particularly on their gender, sexuality and reproductive ethics - and even wrote a webbed log about them.

Many of her most notorious publications had been inspired by the ornithological world; for example, God's mother, Eve's Avocet and Ornithology After Postmodernity: Diving into the Void. 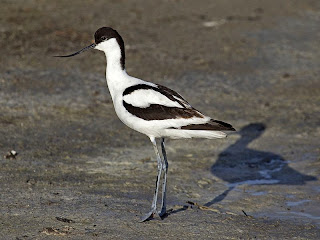 "You are doing important work here," commented the young man on his arrival at the houseboat. "Watching the birds and the changing tides, occasionally plunging bravely into the river for a swim."

"You think so?" replied the professor. "Do we not agree that there is a need for a new historically and materially rooted theology of the unity of nature and grace? I told the Pope that and he put the phone down on me."

"This is too deep for me," admitted Eccles. "However, you can perform a great service for the souls of Mother Digby and Mother Stuart, simply by staying on your boat, and mumbling to yourself about nature. I would say 'Forget Catholicism,' except that it seems from your writings that you have already forgotten it."

"I shall consider your words carefully," replied his hostess. "Out of the mouths of grebes and ducklings." Eccles blenched in horror as she dived into the Thames, emerging a few minutes later with a fish in her mouth. 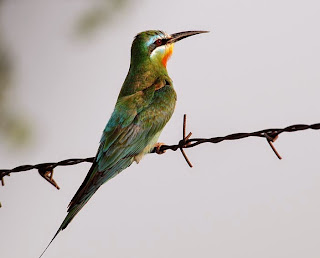